A new data-sharing platform for London will receive £500,000 in investment, Mayor Sadiq Khan has announced today. The new platform aims to become a “central library” for the extensive amount of open and private data held in the city to tackle issues such as climate change, community safety and economic growth.

It will also allow the development of new apps and services using technologies such as artificial intelligence for the benefit of Londoners, the Mayor’s office said in a statement.

Additionally, Khan has confirmed the setting up of a ‘Data for London Board’ that will gather experts from civil society and the public and private sectors to influence the development of the platform and ensure that data-sharing is done legally, ethically and securely.

Members of the Board, which is expected to start work in September 2022, will include Chief Data Officers from key public bodies, London First’s Data Working Group, and appointed representatives from the data community. 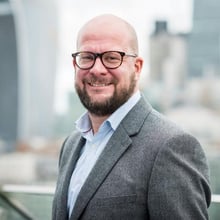 “Data for London represents a major step forward in how our city links important data across public bodies and beyond for use by public servants, researchers, businesses and citizens themselves. It builds on London's recognised leadership in open data and innovative data-enabled services which are improving London every day in big and small ways.

“For the first time we are establishing a governance body to make sure the platform we create is as useful as possible, while ensuring that data sharing is as legal, ethical, and secure as Londoners expect it to be.”

The new platform is an iteration of the existing London Datastore open data platform launched in 2010 by the Greater London Authority (GLA) as an open data-sharing platform with the initial purpose to promote civic transparency and accountability.

The London Datastore acts as a central register of the city’s data and can be used by anyone to access data from over 6,000 datasets and metadata relating to housing, air quality, health, street safety and other issues.

The new data platform will make existing datasets easier to find, and the platform will also share analysis, models and re-usable code. Because it will be linking more data than its previous iteration, it will be providing better insights that will potentially help policymakers create, plan and deliver better public services.

Speaking to Government Transformation at the time, Blackwell said that with the new platform City Hall wants to take a step further from having a passive open data platform that third parties can use to build applications to a more purpose-led approach that can lead to better policy-making and drive value for citizens.

“We're trying to enable more data services and projects to happen with less friction, so it's easy to find out where data is, and then from that point you can strike data-sharing agreements with the data holder to do the project,” Blackwell said. “It’s one part of a wider piece to improve how we do services in London.”

You can find out more about how data is helping local authorities deliver better services here.