A new data-sharing platform for London to improve public services 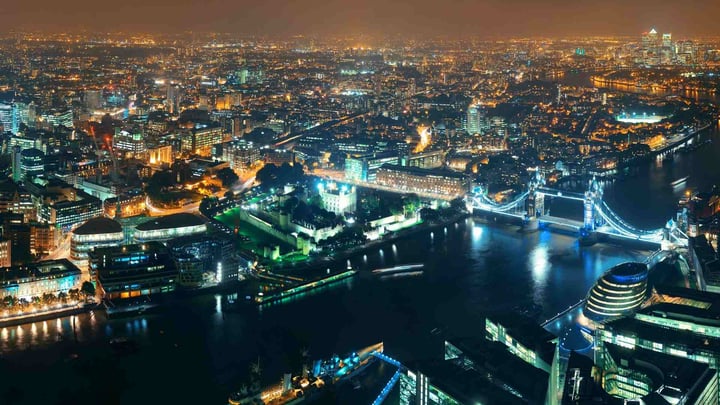 Cities are producers of huge amounts of data. How local government can make use of these rich resources to improve public services - while respecting privacy and ethics - is a central issue for any City Hall. The Greater London Authority (GLA) is addressing this challenge through the development of a new city data-sharing platform that aims to join-up data to support the delivery of better services for Londoners.

Theo Blackwell, Chief Digital Officer for London, spoke to Government Transformation about the new platform and how it is building on the work initiated over a decade ago with the London Datastore open data platform.

As one of the largest cities in Europe, London has a complex data environment. Public service delivery and policy are supported by a continuous flow of data between City Hall and central government, London’s 32 boroughs, and city-wide public services, including Transport for London (TfL), the NHS and emergency services.

In 2010, the GLA launched an open data-sharing platform with the initial purpose to promote civic transparency and accountability. The London Datastore, as the platform is called, can be used by anyone to access data from over 1,000 datasets and metadata relating to housing, air quality, health, street safety and other issues.

Blackwell says that, in its current version, the Datastore acts as a central register of London’s data: “It’s like an index of who has data and where the data is.”

But soon after launch, City Hall realised that the Datastore had greater potential beyond transparency and, since then, policymakers have been using it to develop apps and maps such as the Schools Atlas, which allows parents to look for schools for their children, or a London Rents Map that tenants can use to search for affordable housing. 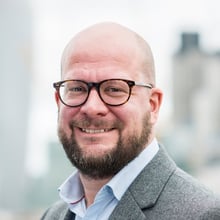 Through the Datastore, citizens can explore what is going on in the capital, and academia and businesses can inform their research or build products. Similarly to the way transport app Citymapper uses open data published by TfL, developers also use data available on the Datastore to create their apps.

Datastore allows access to huge quantities of data relating to complex issues in a user-friendly way, explains Blackwell. Users can interact and manipulate the data through interactive dashboards and maps to understand what is happening in a particular area of London.

“People could get details on Coronavirus and they could see how it was spreading across London borough by borough,” says Blackwell.

But Blackwell and his team at City Hall wanted to take a step further and transition from having a passive open data platform that third parties can use to build applications to a more purpose-led approach that can lead to better policy-making and drive value for citizens.

We're in a completely different data environment than when the London Datastore was created in 2010.

“What we've realised over the last decade is that the idea of the empowered armchair data person creating stuff actually needs a lot more curation,” Blackwell says. “We're in a completely different data environment than when the London Datastore was created in 2010.

“We're trying to enable more data services and projects to happen with less friction, so it's easy to find out where data is, and then from that point you can strike data-sharing agreements with the data holder to do the project. It’s one part of a wider piece to improve how we do services in London.”

The London Datastore has laid the foundations that enable London to collaborate and join up the city’s vast quantities of data. Based on the Datastore model, the new city data-sharing platform seeks to collect data from a wider variety of sources than open, including sensor data and ‘non-open’ data because of privacy or commercial considerations. This ‘Data-as-a-Service’ would then be used for policymaking and citizen services improvement, rather than public consumption.

An example of how data from the new platform would be used is a recent project that City Hall undertook with London Councils and 21 London boroughs to understand the impact of the pandemic on the capital’s 600 high streets and 200 town centres. Blackwell explains that if City Hall had relied exclusively on government data, they would not have been able to gain the granularity and depth required to understand the problem.

“We combined the open data that we had already on the economy and collectively bought two data sources, the first being footfall data from telecoms companies and also aggregated data on spending from MasterCard,” explains Blackwell. “That allowed us to know, not how much people are spending in certain shops, but how much people are spending in certain precincts that gave us a sense of economic spending compared to before the pandemic.”

By incorporating non-open data into the platform, City Hall can then identify issues such as road congestion and better coordinate streets works, for example, by digging trenches for gas, electricity or fibre in a coordinated manner. Blackwell says: “If utility companies come together and share private and commercial data about what their forward plans are with each other, they can minimise cost and disruption to the citizen.”

Blackwell expects that the new data-sharing platform will launch by mid-2023. It will be accompanied by a new governance structure for London that will consider the legal, ethical, and security aspects of joining up all the data from its various sources, while doing so effectively.

He concludes: “Our journey is from being an early adopter and champion of open data, and creating a platform around that, to one which is using data (not just publishing it for insights and transparency) to create specific services that can benefit London and thereby hardwiring data into the operations of the city.”