Time for change: Introducing rapid response to the public sector 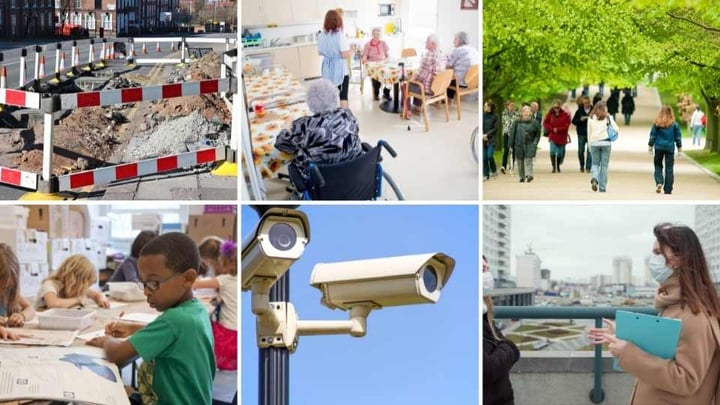 History books will look back on the past five years and question if we’ve been cursed. That’s how tough the UK has had it recently. The public sector has come out fighting though, proving that when backs are against the wall, it can deliver projects at pace that otherwise would have taken years.

HMRC is proof of that. It built the capability for companies to furlough employees during the pandemic in just four weeks. It was no one-off either. On our project with HMRC, we partnered with them to overhaul import/export systems at UK ports pre-Brexit, entirely remotely, at the height of the pandemic.

Such projects should be the standard in the public sector, not the exception to the rule. So how do we make that shift?

Currently, many public sector bodies rely on legacy systems older than many of the people operating them. The financial drag this causes results in digital transformation projects that take three to four years, rather than six months.

Cloud-by-default is key to remedying this issue. While some scoff at “out of the box” solutions, they’re designed around best practice technology and processes while reducing the stress of internal technology management by using data centres and software with a proven track record.

This drives faster delivery and pace of change, as cloud services are produced with scaling in mind, meaning public sector bodies can increase activity levels around a transformation project overnight. You quickly understand the benefits of this more agile approach, rather than building technology platforms from scratch unnecessarily, which takes extra time, money and resources that  could be invested elsewhere.

Rapid response digital transformation can’t be introduced overnight - much of the public sector continues to utilise waterfall approaches over agile methods. This simply isn’t sustainable. It’s time for a culture shift, so change management professionals have a vital role to play in making rapid response transformation a reality.

Many public sector bodies rely on legacy systems older than many of the people operating them.

The change needs to be towards breaking down silos, making decisions quickly, and communicating across teams to ensure everyone is aligned. A culture of learning on the job is pivotal to this. It’s a different way of working in which part of the project objective is for experienced team members to coach others on the new systems being introduced, and upskill the wider team to leave a more sustainable and skilled workforce.

This goes hand-in-hand with an intrinsic sourcing strategy. Public sector bodies should decide ahead of time which elements can be insourced vs outsourced, rather than reacting when something goes wrong and paying over the odds. The panacea is owning a project internally, outsourcing to a third party where necessary and ensuring it’s upskilling throughout so there’s no dependency on them long-term.

It’s not just the public sector that benefits from a rapid response culture - UK citizens reap the rewards too. From a cost perspective, agile transformation projects are cheaper as there’s a much shorter ideation-to-evolution cycle. Money tied up in year or decade-long consultancy contracts is freed up to be spent in adding value where it’s needed most.

The faster pace of change would also result in service user experience improvements being available much sooner than traditionally expected. The agile methodology and a cloud-by-default approach ensure their feedback can be taken on board after initial delivery too.

It may seem a long way off, but a rapid response culture in the public sector shouldn’t be saved for times of crisis. By introducing cloud-by-default across the board, embracing agile delivery methods and positioning upskilling as a priority, it’s not the impossible goal it’s often seen as.

Jason Whitfield is CIO Partner at Tecknuovo. The business is a digital consultancy with a Deliberately Different consulting model, allowing it to solve technology challenges for public sector bodies and businesses quickly while ensuring Zero Dependency on Tecknuovo long-term.