The future of digital government

The pandemic has accelerated pre-existing trends, and combined with spiking demand for services from citizens, to place acute pressure on how Government operates - and it's already clear that the future of government delivery is going to look and feel very different from the past. 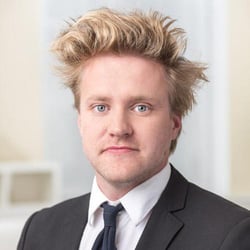 "We should now be aiming to make web pages obsolete in ten years," says Marten Kaevets, the Estonian Government's National Digital Advisor. "95% of public services should be automated."

Marten was speaking at the opening plenary session this morning of GovX Digital, the UK's largest public sector transformation conference running from now until 26th May.

"In Estonia we're working closely with the German government and the International Telecommunications Union to define design principles for government digital services," he added. "It's about understanding how to build a culture and governance framework around domain-driven microservices architecture, where modules are interoperable and reusable. Small government organisations should be able to build things quickly and easily for themselves, and not spend half a year in public procurement."

In his capacity as the de facto Chief Innovation Officer of the Estonian Government, he was part of a 'fireside chat' alongside Sally Meecham, Chief Executive of the Centre for Public Digital Services Wales (CDPS Wales), sharing ideas and approaches to delivering the 'Future of Digital Government'.

CDPS Wales was established last year to "enable the digital transformation of public services", and has been focused on delivery, skills and knowledge sharing. It reports progress quarterly to the Welsh Government’s Ministerial Digital Board, and is on the clock to deliver results in its first year in order for its mandate to continue.

"I know it's a sweeping statement, but what's happening is that we are delivering services that are not user-led, and which make people sad and angry, because they can't get what they want done," said Sally. "We need to flip that and make these services so automated that they're almost invisible - so when you go and use your government service it gets done, and you go off and do something more important with your life. This is something we need to be talking about - the fact that we want to be user-led."

Referencing the ticking clock, and the need to demonstrate value, Sally described a groundswell of collaboration across the Welsh public sector that was combining with the urgency of Covid response: "In Wales we've had a lot to do in a really short space of time, and the best way to do that is to collaborate and make sure you are supporting each other. I meet with colleagues from local government, health and other agencies every week. There's a real collaborative approach at the centre of the public sector here."

"Your service rarely begins and ends in one place," Sally continued. "The user journey may go across health, the local authority and many other different organisations, and if they all look and feel completely different, and the language is different, then it becomes a really horrible experience."

"The trick is create alignment across the public sector, and we know it's possible as we've just seen the world's largest exercise in individual responsibility - wash hands, social distance and whatnot - so we need to create the environment for this to happen in the public sector," Marten noted. "If people have the practical need to collaborate, perhaps on something small that everyone needs - like consent management, or logins - it reduces the time spent reinventing the wheel, reduces complexity for the end-user and changes the culture. You're giving everyone a bone they can chew on together."

Once everyone sees the advantages of spending less time and money on parallel work, Marten's experience is that a 'community of stakeholders' emerges, whose interests are aligned and where light-touch governance comes from a track record of working together.

Ultimately, the digital transformation of government has very little to do with technology, and everything to do with establishing a mindset for change. The interdependencies and branching causal relationships of government programmes are so complex, that it will be organisational culture - the permissions, support and encouragement to experiment - that will determine success.

"So much is happening in the world around us - as Yuri Lotman the inventor of cultural semiotics said in the 1970s, 'science and culture is boiling' simultaneously, and nobody can calculate outcomes because there are so many components," Marten said, [prompting everyone to Google the reference]. "I think we can objectively say that because of Covid and technological change and many other things, we're at this point in time of cultural explosion. There's so many things happening simultaneously, that we have to get our organisations into position to maximise the likelihood of positive outcomes."

In order to get itself into a position to maximise positive outcomes, government will have to ensure that teams are empowered to make decisions, and equipped with the skills to hold suppliers to account. As Sally said, this doesn't come naturally - it's something requiring training, which can often be the first thing to be sacrificed when budgets tighten.

"I also think it's really important that we talk about the vibe, and talk up that this is a great moment for people working in government," added Sally. "Government is such a massive ship, so we need to use data, use evidence, and use really good practices to change direction."

"This will be a big change - constant change to look at what users need - so there's excitement, but obviously a fear that we will need to manage. We will absolutely need to embrace a supplier community, and put experts alongside our team - and ensure we're putting skills transfer into the contracts," she concluded. "We have to sell the story: this is a great time to work in the public sector. We're on it; we're really on fire."