Scotland's criminal justice system is embarking on a major transformation programme that will radically overhaul the way that evidence is handled and used.

DESC is a collaboration between the Scottish Government, Police Scotland, Crown Office and Procurator Fiscal Service (COPFS), Scottish Courts and Tribunals Service, and the defence community and aims to transform the way that digital evidence is managed throughout criminal investigations and prosecutions. All digital evidence will only be accessible by approved personnel, such as police officers, fiscal staff and defence agents; access to this information will be fully audited and monitored. 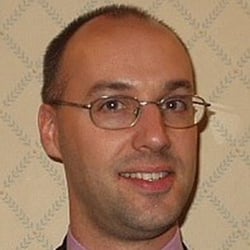 "The DESC service is an important step in the modernisation of the justice system. Sharing of evidence has become more complicated in recent years as digital information is often held in a myriad of formats," said Andrew Laing, DESC lead for COPFS. "The DESC service will allow COPFS to more easily access evidence gathered by the police and share it with the accused and the defence quicker and more efficiently. We are committed to working with all partners to ensure the new system provides benefits for all and improves our service to the public."

The data will be held in secure and approved facilities with the necessary certifications for the storage and access of evidential material (Home Office Police Assured Secure Facilities).

"The DESC service provides each criminal justice partner with a secure shared platform to store and access digital evidence before the start of a trial," said Kenny MacDonald, Assistant Chief Constable of Police Scotland. "DESC presents an opportunity to modernise our processes by removing the need for digital evidence to be duplicated and shared in hard copy format as well as providing the opportunity for a greater range of evidence to be presented in a digital format."

The system will transform how evidence is collected, managed and shared allowing users such as police officers, prosecutors, court staff and defence agents to access evidence digitally in an efficient and user­ friendly way.

The initiative, developed collaboratively by justice partners, has the potential to significantly reduce the costs involved in managing and transporting evidence such as CCTV footage, video interviews and forensic images in physical form.

It will also allow for earlier consideration and disclosure of evidence leading to quicker resolution of cases and potentially fewer trials, benefitting victims, witnesses, and those accused of crimes.