The Government has published the independently-produced Review of the Cross-Cutting Functions and the Operation of Spend Controls by Lord Francis Maude, who oversaw the creation of the Government Digital Service in 2011 while in Government.

The review was conducted in the Autumn of 2020 and played an influential role in the Declaration on Government Reform published in June. The terms of reference were to assess and make recommendations for the effectiveness of the functions, in particular those that drive efficiency and effectiveness; arrangements in the Cabinet Office to operate effective real-time spend controls; and progress in delivering key parts of the 2012 civil service reform plan.

Among the recommendations in Lord Maude’s new report are suggestions for ways to improve civil service recruitment principles, proposals for tougher controls of major government projects and the development of improved training standards for civil servants.

"The cross-cutting functions considered in my review - principally commercial, IT and digital, property, major projects, finance, HR - have historically received scant attention either from Ministers or the leadership of the Civil Service," noted Lord Maude.

In 2010 Lord Maude set up the Efficiency and Reform Group in the Cabinet Office to work with HM Treasury with the aim of making government departments more efficient. In the following five years Lord Maude delivered more than £50 billion of audited savings.

Lord Maude's review states that "the repurposing and rebuilding of GDS as a cutting-edge world-leading driver of digital transformation is urgent" and makes a number of specific recommendations.

GDS should be repurposed and rebuilt as a smaller but much more capable digital centre of government, and include the rebuilding of capability within GDS to deliver digital transformation. The “Automation Task Force” should be placed under the newly appointed CEO of GDS.

The Civil Service COO should set a date when Permanent Secretaries are invited to explain the basic technology architecture of their department in front of their peers, the GCDO, the COO and the Minister.

The four “red lines” introduced by the Coalition Government should be rigorously enforced using the spend controls: no IT contract to have a lifetime cost above £100m; no contract extensions; no systems integrator to be also a service provider to the same entity; no hosting contract to be more than two years. 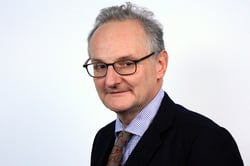 Lord Maude’s advice was "critical to driving reform activity within the cross-government functions, and invaluable input in finalising the commitments and actions in the Declaration," said Lord Agnew, Minister for Efficiency and Transformation.

The report advises on the need to set in train assessment and accreditation programmes, and investing in professional expertise - such as the training and accreditation of Contract Managers across Government, led by the Government Commercial Function.

The Shared Services Strategy for Government was published in March 2021, and following Lord Maude’s advice, and working across Government, a core element of the strategy is the plan to consolidate all back office services into a maximum of five centres. This will achieve better quality services for staff, better people data and reduced cost, encouraging greater collaboration and improving interoperability across Government

According to the Government progress is being made on other recommendations, overseen by Cabinet Office Minister Michael Gove and Lord Agnew, with a Board chaired by Alex Chisholm, the Chief Operating Officer for the Civil Service.

New leadership put in place for the Digital Data and Technology function, as announced in January this year. This included the establishment of the Central Digital and Data Office to work with the Government Digital Service and lead the Digital, Data and Technology function for government, also taking on responsibility for the Government Automation Taskforce.

Other key recommendations include: