Opinion: opportunities and challenges for the public sector in 2022 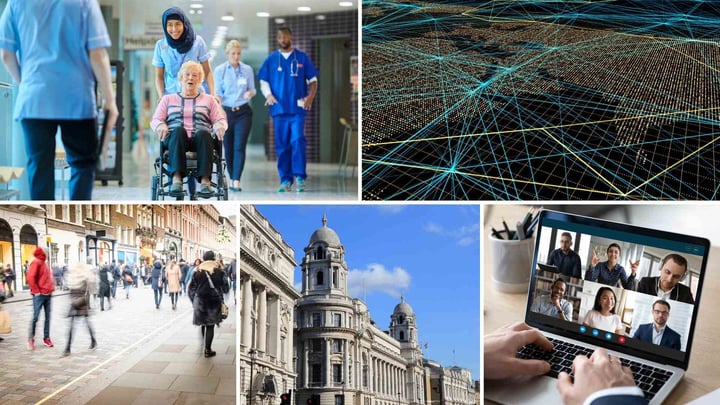 Among the many benefits of hosting three conferences in three weeks, featuring 60 public sector speakers, is PERSPECTIVE. By creating a knowledge-sharing opportunity for so many varied government and health organisations, we’re able to capture the big issues occupying the minds of transformation leaders across the Civil Service, local government and healthcare.

A new era for leadership and team management

Post-Covid, we spent a lot of our time talking about leading teams in a new working world and some of the tensions around offices versus home and hybrid working. A lot of the conversations were certainly focused on how to lead teams that by nature are going to be much more disparate, spread around and doing different things. We’re recognising that the days of line-of-sight management are long gone - it's all about managing outcomes and being clear about purpose.

There is recognition that Whitehall departments cannot go back to operating in isolation, they must continue to collaborate. Through all of the speakers at the conferences it was great across such a mix of departments to hear about the level of crossover and a recognition of how they work together. With health, HMRC, and DWP all working together - these are not acronyms you normally associate as working together, but they recognised that they had to in times of crisis, and have continued to do so afterwards, which is positive. The Civil Service is a collaborative enterprise rather than a series of splendid towers, operating in isolation

Selling the value of UK plc

The international flavours of the conversations were fascinating, because before Covid, there was Brexit of course. It was interesting hearing from people at the Department for International Trade and the Intellectual Property Office about the recognition that the UK and the Civil Service are learning how to sell the country as a place to invest in and as a place to do business with.

That's a big challenge for the Civil Service, because it's not something they've really had to do a lot historically. But in a world where we're not part of a large economic bloc anymore, and we're building our own economic relationships, that means that sales and sales capability have to become part of the ethic of public service.

That's always been the case in local government - we heard that in some of the local government sessions, where actually there’s a long track record around economic development and reimagining the future of place - maybe there's something we can learn from each other in that space?

Universally across central and local government. we kept hearing that recognition about user-centred design and building services around the user experiences. Whether it be citizen or resident, it doesn't really matter. It's about actually who you're there to serve, rather than who your institution is.

That ethos has to be supported by investing in user research and research in data - recognise the wealth of data you have, but also spend time, effort and money in understanding what that data is telling you. It’s integral to that user research piece.

One of the things that really resonated with me was the creation of the regional government hubs that we heard being used and endorsed by a whole range of Whitehall departments.

Whether it was Birmingham, Leeds, Central London or Canary Wharf - the feedback was that these are good, professional, quality working environments. People arrived and the systems worked, they could log on to do business, they saw other Civil Servants from other departments, and worked together in the same space. The collaborative workspace is happening in the Civil Service, so the challenge for wider public services is to get on that bus - this is the way forward. And the other thing that they all mentioned was, it was so refreshing to have the sites near transport hubs, rather than in industrial parks on the edge of towns and cities.

Flexible working - a key to recruitment and retention

It’s not unique to government, we're seeing it in all sectors, but there are clear tensions around the extent to which you offer workforce flexibility. If you have to deliver services in certain places in certain ways, and you're open to the public, people still need to be there and that’s accepted as the reality. But the strong message from everybody around workforce recruitment and retention is that hybrid, flexible working is now a top-ticket item for recruitment and retention. It's mentioned in interviews, where it never used to be. It's a reason for people choosing to apply or not.

Theory to reality: the power of AI

We're not talking about what AI is anymore. We're talking about the value that AI is driving and the extent to which it's moving to deeper learning. So the big story that came out of the 2022 Government Transformation Show was a conversation that's deeper and more wide-ranging around artificial intelligence as an active learning tool.

It  was refreshing we weren't talking about machine learning and AI and autonomous stuff - it was all AI working in a continuum.