In February, an eight week consultation was launched by the Government to consider a number of proposals for local government reorganisation.

Lancashire County Council was asked for its views on four proposals for Cumbria and two proposals for North Yorkshire, as both areas neighbour the county.

Members voted that they considered that just one of the Cumbria options, for a single unitary authority submitted by Cumbria County Council, passed the Government's main tests for setting up a new council.

The tests considered were 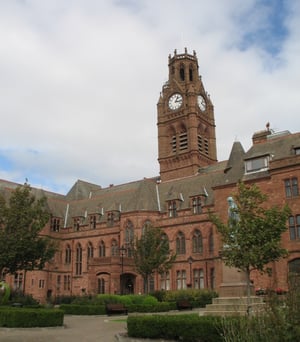 In regards to a proposed new Bay Unitary Council, which would include Barrow-in-Furness, the Lancaster and Morecambe areas, they voted not to support the proposal at this time on the basis it did not meet all the Government's main tests.

The County Council also resolved that it had no comment to make about the North Yorkshire proposals.

A detailed report considering all the options will now be submitted to the Government as part of the consultation.

In July last year, Lancashire County Council announced a plan was being considered which would abolish all 15 council bodies that currently comprise Lancashire, replacing them with a streamlined structure that would see three councils responsible for the delivery of services to the people of Lancashire.

This would then pave the way for the election of a mayor for the whole county and the creation of the Lancashire Combined Authority.