How Aberdeen City Council is making a success of digital transformation

Aberdeen City Council is embracing digital technology and innovation to redesign its delivery model and operate more efficiently for the benefit of residents and staff.

Andy MacDonald, Director of Customer Services and Deputy CEO at the local authority, shares his tips for a successful digital transformation - and the main reasons why it can fail.

Aberdeen is the third largest local authority in Scotland, serving up to 230,000 people. Like most councils around the country, the city has been exploring ways to save on costs without compromising the quality of service it gives to citizens.

In 2017, Aberdeen City Council devised a new Targeting Operating Model which outlined how the local authority expects to achieve a £125m reduction in its annual spending by 2022-23. The programme requires a radical change in how the council works and delivers services, and to succeed with its implementation, an important cultural change within the organisation was needed. 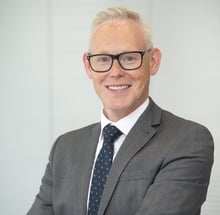 “That was moving us from a traditional hierarchical structure to a more horizontal one,” MacDonald says. “It also meant thinking about the customer and putting them right at the heart of everything that we deliver within council services, and making sure that we're exploiting and enabling digital technologies and transformation.”

Technology and automation are playing a key role in this mission. Shortly after his arrival in 2018, MacDonald entered into a partnership with Microsoft - the first local authority in Scotland to do so - to help the council with its digital transformation and migration to the cloud. But to maximise the opportunities offered by the new technologies introduced and exploit the full potential of the Microsoft suite of applications, MacDonald had to show the organisation the tangible benefits of this disruption.

Empowering staff to make the best use of technology to help them with their work has been essential for MacDonald. Before starting to work with Microsoft, he calculates that only 23% of council staff were using digital tools effectively. Technology adoption became a key theme, and MacDonald’s team introduced a programme of engagement with the aim to promote the full adoption of the technologies available through the Microsoft package.

The council also set up a ‘digital champion network’ that works across business units supporting colleagues with the use of technology and explaining how the new tools can assist them in redesigning public services.

The network is made up of around 300 staff who are “really excited about technology” and were asked to join the network. MacDonald says it is one of the highlights of the council’s digital transformation as it has been key to the technology adoption success.

“Now our adoption rates of Microsoft technologies are into the top quartile, so above 75%, which is really significant,” MacDonald continues. “That releases the capacity of approximately 150 people’s worth of work, just by using those more effectively. We’ve been able to redeploy resources to frontline services or, as people have been leaving our organisation, we haven’t had to replace them because we’ve managed to create capacity within our system.

“For the first time, we actually hear our staff recognising that technology assists them in their work. The feedback has been really positive here.”

How to avoid digital transformation failure in local government

Although digital transformation is in the to-do list of most organisations, 70% of transformation projects fail, according to consultancy Deloitte. Rather than being a technology issue, the reason for this lack of success is most frequently people - or not having the right culture in place.

For MacDonald, it was clear that if Aberdeen wanted to succeed in its digital transformation programme, he should be leading by example. As part of the corporate management team and a director, he is a visible sponsor and advocate for technology and he is making sure that there is senior executive sponsorship across the organisation to drive it through.

MacDonald writes blogs about Aberdeen’s digital transformation as part of this advocacy work, and he tirelessly highlights the benefits in it for staff and citizens.

“If you leave digital transformation to an IT department, it just becomes new technologies,” he says. “I purposely make a lot of time for it. I also took my chief officers through a digital leadership course, which wasn’t just about digital technologies but how to lead in a digital age.”

On the challenges around adoption, MacDonald’s experience from both the private and public sectors showed him that whereas deploying new technologies is a relatively easy task, lack of adoption by everyone in the organisation leads to a lack of return on investment.

Before implementing new technologies, MacDonald’s team spend time understanding how to best sell the benefits to users to ensure high adoption rates. Decommissioning any old practices or technologies is also important to avoid confusion and clashes with the new processes.

“Quite often we’ll put on new technologies but we still have the old ones hanging at the edges, so people will naturally go to the way we used to work in the past,” says MacDonald, who before the pandemic decommissioned Skype and moved the organisation into Microsoft Teams for collaboration.

“A lot of organisations were still using both. We were 100% adopted on Teams before Covid-19 hit, so within 48 hours of lockdown, we had thousands of our workforce working from home on Teams and thousands of people delivering services effectively.

“That happened because we had spent the time to make sure that people knew how to use the technology and they could benefit from them at work.”