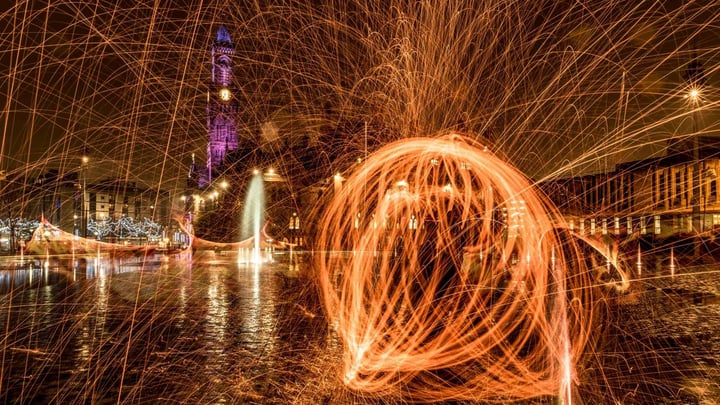 What’s next for government transformation after another year of rapid change? David Wilde looks ahead to the major trends set to shape the public sector in 2022.

Government as a service

The public now accepts the idea of government as a service, which also means they expect a quality of experience on a par with industries like financial services.

Projects like the creation of a single sign-in for all government services, which GDS is delivering at the moment, show where we’re headed. Government as a service means I can tell government that I’m me, and have that authenticated to access multiple services, without needing separate identities.

This goes beyond that interface/shop window and into how services are delivered - we’re looking at end-to-end transformation. We're seeing it in a number of areas like the Land Registry digitising all of the information for land searches for property, we've seen successful projects in how DVLA operates, and even with HMRC.

So the ethos of government as a service is about professionalising, commercialising, and bringing it up to par with what you’d expect in other areas of your life. A lot of it is driven by what they've had to do in an emergency through Covid. For years, people fought against NHS apps and were distrustful, but suddenly, when there's a burning platform and it’s the gateway to Covid passports and vaccinations status, everyone downloads it.

Acceleration of One Public Estate

In the next 12 months, we're finally going to see One Public Estate become reality, with more agencies giving up their empires and sharing their buildings at long last. That, in turn, will unlock real estate for local government, working with central government, finally to stop just talking about spatial redesign, but start actually redesigning our places so they're fit for the future. We'll start to see exciting plans for very different ways of designing and building our towns and cities.

In Worcestershire with the One Public Estate programme, the county is in active conversations with districts about co-locating; the Department for Work and Pensions has, for the last few years, been saying they want to exit their estate and share with public agencies; and there are plans for new Civic Centres for multi-agency working already being considered in places like Redditch and across several London boroughs.

We should expect to see a renewed interest in the transparency and accountability of public services. As we come out of the pandemic, we’ll revisit some of the emergency legislation that was passed, which in effect took away civil rights, albeit for good reasons.

Post-Covid, people are much more interested in challenging what Government is doing. A lot of rules around data sharing were shelved so that the NHS and local government could share information to help vulnerable people, but there's an accountability which people are keen to see return in an even stronger form than pre-pandemic.

Data and analytics shift from research to practical application

Data and analytics are moving into the transport space in a more in-depth way than we've seen in the past, joining up different modes of transport to help people get around more easily. The idea of multimodal and analytics-driven transport has been around for a while, but I think we're going to see a lot more interest in that space. There's currently a tender out from Essex County Council for the procurement of a service to join up all the bus information across the county, creating an interactive, up-to-date bus system. Residents get a better service and the council gets a better view of how transport is managed across the county.

Finally, we’ll see technology brought to the fore in adult social care, to actually help people live at home for longer on their terms with technology-enabled assisted living. Now that Covid has proved that it works, people don't want to go back.

In a digital world, Covid has accelerated the rethinking of traditional learning.  Instead of three-year degrees, and two-year college courses, we’re moving towards learning over time, perhaps when you're at work. We'll see a redoubling of efforts around apprenticeship models and growing the skills that we'll need for the future.

In 2022, expect to see much more consolidation of government entities - it's a phase government tends to go through. We're already seeing the consolidation of NHS agencies with the merger of NHSX and NHS Digital into NHS England. One of the potential danger areas is detaching government from the people as it becomes more centralised, so it’s likely that over the next 12 months, we're going to see a battle over local versus central, across a raft of government delivery vehicles, like health, social care and transport.

The pendulum seems to be swinging back from local to central delivery. In the pandemic there’s been an element of central government just thinking it needs to get stuff done, rather than utilising the harder, but actually more sustainable way of doing it through local delivery.

Think of this as a resetting of the relationship between government and the vendor community on the supply side, with a more mature approach to collaboration. We’ve seen the extremes of purchaser-provider - long, fixed-term contracts creating distrust, and then we've seen the pendulum go the other way to Agile, which is ‘we don't have a clue, we will kind of make this up as we go along’. I think it's going to move to somewhere in the middle, where government and industry are much more active, in a collaborative sense, on co-development.

For the industry, there will also be a much tougher environment around delivery, because government organisations - both local and central, as well as health - are much more confident and competent in their ability to buy. The vendor community needs to accept that the bar is being set higher for delivery, and also that there are broader considerations emerging - not just corporate social responsibility, but the impact of climate change is going to be a permanent feature of any procurement process and commercial relationships. So get your green credentials in order!

💡 Want to stay in the loop on government transformation? Sign up for our weekly newsletter for the inside track  👇

David Wilde, is the General Manager at Government Transformation magazine, and was previously Executive Director and CIO of Essex County Council, Westminster City Council and the London Borough of Waltham Forest. Before all of the above, David held policy roles in Cabinet Office and was CIO of the Deputy PM's Office. He has also been a Non Executive Director of Mid-Essex Healthcare Trust, and a Director of two large Multi-Academy Trusts.