Organisations spent the equivalent of £11 billion extra a week on technology to enable safe and secure home working during COVID-19, according to the 2020 KPMG / Harvey Nash CIO Survey.

This was one of the biggest surges in technology investment in history – with the world’s IT leaders spending more than their annual budget rise in just three months, as the global crisis hit, and lockdowns began to be enforced.

The largest technology leadership survey in the world of over 4,200 IT leaders, analysing responses from organisations across 83 countries with a combined technology spend of over £182 billion.

47% of respondents say the pandemic has permanently accelerated digital transformation and the adoption of emergent technologies, with ‘Digital Leaders’ more likely than non-digital leaders to make additional technology investments as a result of Covid-19.

Half of organisations that considered themselves to be ‘very’ or ‘extremely effective’ at using digital technologies spent an additional 21-50%. These investments focused on large-scale implementations of Distributed Cloud (42%) and SaaS (34%). The crisis has served to emphasise a growing divide between organisations driving their strategy through technology, and those that aren’t.

“IT and business functions recognise that they can significantly improve customer and business outcomes, lower risk and innovate faster, if they work together” says Gheorghe Vlad, Director in the Cyber and Technology practice of KPMG . “While we moved onward from the first shock of the crisis generated by the pandemic, when focus was placed rather on resilience than long term planning, the time has come for IT to adjust to the New Reality and increase the use of emerging technologies (such as SaaS marketplace platforms, intelligent automation or machine learning) for the benefit of companies and customers” he concluded.

As we’ve been saying ourselves, remote working is here to stay: with 86% of IT leaders moved a significant part of their workforce to remote working, and 43% expect more than half of their employees to work from home after the pandemic.

Work location & remote working has risen to become one of the five most important factors for engaging and retaining key technology talent during, and after, COVID-19. Leaders will therefore need to rethink how they attract and engage their employees in a world where physical location is no longer a prime asset (or drawback).

Technology is the key enabler in organisations’ efforts to become leaner and more efficient in their operations. But technology introduces new risks, resulting from rapid scaling of cloud-based software, remote access from personal devices and management of vast amounts of data across more and more complex technology environments. Therefore, it was no surprise that the survey showed that security and privacy is the most important investments.

Despite the huge surge in IT spending, particularly on security & privacy, 40% of IT leaders report that their company has experienced more cyber attacks. Over three quarters of these attacks were from phishing (83%), and almost two thirds from malware (62%) suggesting that the massive move to home working has increased exposure from employees.

At the same time, organisations have struggled to find skilled cyber security professionals to support this dramatic shift to home working – and report that cyber security (35%) is now the most ‘in demand’ technology skill in the world. This is the first time a security related skill has topped the list of global technology skills shortages for over a decade. 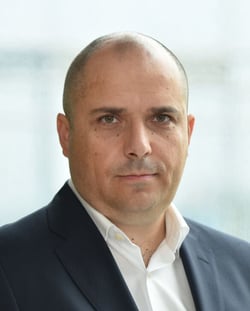 “No one could have predicted the unexpected mass relocation of office workers from the safe boundaries of the corporate network to living-rooms, bedrooms and kitchen tables all over the world. The attack surface of organisations has therefore expanded exponentially” notes Gabriel Tănase, Partner in the Cyber & Technology practice of KPMG. “It is no surprise, therefore, that cyber-attacks have increased as a result of the influence of Covid-19” he continues. “As Spear phishing has become the main attack vector, organisations should focus on educating people inside the organisation rather than on technically securing the perimeter.”

Although technology spend has risen dramatically during the pandemic, the survey found that technology budgets will be under more strain over the year ahead. Prior to COVID-19, over half (51%) of IT leaders expected a budget rise in the next 12 months, but during the pandemic this number declined to 43%. This still represents a net increase in budgets and remains almost twice as high as IT spend in 2009 - in the wake of the 2008 Global Financial Crisis.