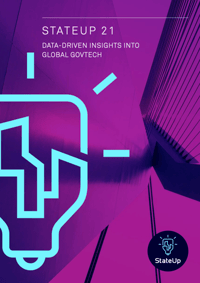 2020 saw a great acceleration of investment and deployment of new technology within the public sector in the UK and around the world - and 2021 looks set to continue, as governments seek to drive public sector performance and accelerate delivery with significant IT investment.

President Biden’s plan to invest over US$10 billion in Federal IT, touches upon many of the same themes that Michael Gove, Chancellor of the Dutch of Lancaster and Cabinet Office Minister, highlighted in his Ditchley Lecture, and echoed by Health Secretary Matt Hancock’s ‘The Future of Healthcare’ speech.

“To promote collaboration and change, we need more transparency, better use of data, more interoperability, and the enthusiastic adoption of technological innovation,” said Hancock last year.

Against this backdrop, and despite the rapid deployment of machine learning attracting the attention of cities around the world as well as the courts, it is unsurprising to see that 27% of companies surveyed in the StateUp report make use of some form of AI.

According to the report:

The pace that AI is being developed for public sector organisations across all policy domains indicates an urgent need to ensure that public servants have a better understanding of technology.It is now a likelihood that they will procure, work with, or be responsible for an AI system—and one engaged in a potentially sensitive policy area—at some point in their careers. Many government organisations disclaim any ability to understand how AI systems that they have procured from third parties work.

This was something identified as a core competence in the release of a new international digital government syllabus earlier this month.