The global alliance bringing innovation to governments around the world

In 2016, the Scottish Government’s Digital Directorate launched a pilot to find ways in which the administration could engage with entrepreneurs to find innovative solutions to public sector problems. 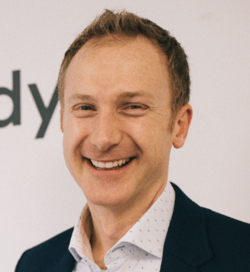 Building on the success of the project, CivTech’s Founder and Head of Emerging Opportunities and Partnerships at the Scottish Government, Alexander Holt, embarked on a mission to scale the programme to tap in to the experience, and support the priorities, of governments around the world.

The CivTech Alliance is a global network of like-minded GovTech and CivTech programmes. Although most of its members come from government, there is also representation from academia and the third sector.

The Alliance mission is straightforward: it exists to share best practice among its international network on how to deliver government transformation and find solutions to some of the world’s problems through technology and innovation. In Holt’s words, “it leverages innovative companies by getting really interesting products into government but it is also about cascading that entrepreneurial mindset”.

The Alliance is a scaled-up version of CivTech Scotland, which Holt helped set up six years ago. CivTech works by calling ‘Open Challenges’, or cohorts, in which public sector organisations share problems they are seeking solutions for. Companies, whether startups or established firms, send their proposal applications and funding and support is given to the most viable products.

“At the time, we were the first GovTech programme in Europe and we were breaking so much new ground,” explains Holt. “At the end of each cohort you always have a demo day, which is showcase day.”

Some of the solutions born from Scotland’s CivTech include an artificial intelligence (AI) warning system that helps stop illicit trading, an IoT solution that helped Stirling Council to better understand property management and public building investment, or an app that young people can use to enhance outdoors experience and improve their wellbeing, among others.

CivTech Scotland soon started receiving interest from governments around the world that wanted to find out how the open challenges were run. Approach by approach, an international network began to build up and, shortly afterwards, Holt and his colleagues were in regular touch with their public sector counterparts in countries such as Australia, Poland, the US, Norway or Estonia. Together they started running deep dives and sharing presentations on some of the common issues and solutions they could be working on together.

Holt adds: “It occurred to me as we were going through this… You've got a lot of expertise here. You've got a network into ecosystems. It could be really powerful if we brought the whole thing together. So how could you move it from a knowledge network to a collective capability?”

A couple of workshops after, the CivTech Alliance was born - just weeks before lockdowns began. Covid-19 was in fact an issue around which the Alliance started working together and some of the programmes were at the forefront of governments’ technological response to the pandemic, says Holt, including the data modelling from the Technical University of Denmark or ProteGO, the contract tracing app used in Poland.

“It was a recognition that we were in a position of leadership, credibility was given to some of the case studies to take this forward,” adds Holt.

Replicating Scotland’s CivTech challenge-based methodology, the Alliance is using the same approach through what Holt calls a ‘Global Scale-Up Programme’. By the end of 2021, Holt’s vision was that the Alliance would be known as one of the most effective collective capabilities to solve some of the world's complex problems, including climate change: “that was quite a sort of punchy vision statement,” he says.

But working across governments and boundaries presented its own challenges as, this time, there were considerations around procurement and contract awards which differed from country to country.

“Between February and April last year, we were figuring out how do you get 10 governments to work together across, not just borders, but jurisdictions,” Holt explains. “And so there's a kind of figuring out of what works in Scotland might not work in Spain, or what works in Estonia doesn't quite work in the US or Brazil. You have all these parameters around procurements and around flow of money between governments.”

It became clear that the Alliance had to come with a lowest common denominator. Using an Airfix model analogy, Holt says that the completed figure is the challenge that needs to be solved at the Global Scale-Up Programme. Each piece represents a country taking part in the solution and glueing them together is innovation.

“A number of learnings came out of [the Alliance], and one and principally this whole piece around innovation diplomacy: how you build into governmental relations through innovation,” Holt says.

Although not a widely spread concept, innovation diplomacy has become increasingly important for smaller countries such as Scotland. In essence, it is about using innovation to create relations with governments, the non-profits and the private sector to create shared value.

“This whole notion of innovation diplomacy can only happen because you've now got these micro nodes, these teams inside different governments,” Holt continues. “And now what you're doing is you're joining them up in a network. And that's where the fun really happens.”

Innovation diplomacy has proved particularly useful in the wake of COP26. Although policymakers have different interpretations of what environmental resilience means to them and how they should be addressing the climate emergency (in Australia it might be about fighting bushfires, whereas in Scotland addressing increased flooding is more relevant), what unites them is the need to address this common global challenge: “we knew we should see how we could all work together on something.”

The Alliance set up the Global Scale-Up Programme with a mission to source, surface and scale climate tech solutions for public sector application. The programme was run together with the United Nations Development Programme (UNDP) and the World Resources Institute to shape the challenge for environmental resilience, including how to help dealing with food wastage and working on a mission with Michelin Scotland Innovation Parc (MSIP) around decarbonisation.

By the end of it, there were 10 countries participating in it with 18 companies taken to market with their solutions. Holt adds: “the idea was to give them as much access as we could and also to the investment communities then to understand what was worth setting up.”

Thanks to the Alliance, these cross-border collaborations are allowing the global public sector to address common issues and come up with solutions that best suit their specific needs. The key, Holt says, is to look at these problems from a global perspective and finding technological solutions that can be used internationally.

“What I'm interested in is looking for global ways of global collaboration that enable innovation to take root and flourish,” Holt concludes. “And you're not doing just within one country, we're an ecosystem and we are doing it globally.”