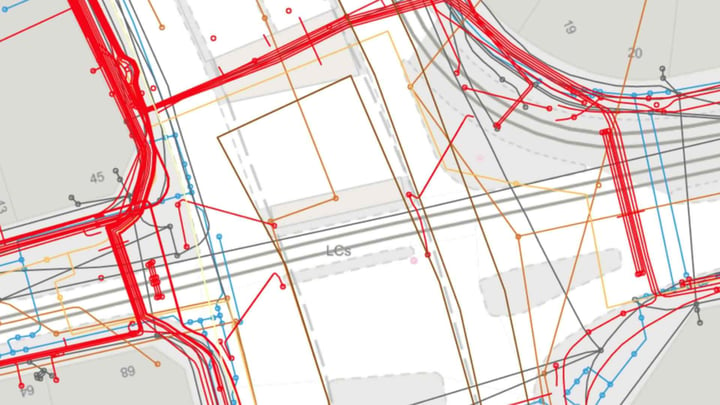 The Geospatial Commission is building a new digital map of the underground pipes and cables buried across England and Wales with the aim to improve the efficiency and safety of works carried out by utility companies and planners and minimise public disruption.

The National Underground Asset Register (NUAR), as the platform is called, will allow data interoperability between hundreds of public and private organisations working with buried infrastructure for safer and better planning.

Government Transformation spoke to two senior executives at the Cabinet Office involved in the project who explained how NUAR will benefit citizens in the UK.

From a prototype pilot to a platform on its way

There are 2.5 million miles of buried pipes and cables under UK soil supporting the country’s infrastructure, ranging from water pipes and gas mains to fibre optic cables and other services vital for the economy.

Each year, utility companies and contractors dig 4 million holes to carry out essential works. During the process, utility strikes resulting in accidents and public disruption are commonplace. It is estimated that around 60,000 accidental strikes happen each year, causing injuries or even death to workers and costing £2.4bn to the British economy. 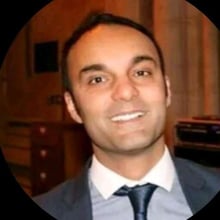 “Every year there are people who are at serious risk of injury or death due to accidental utility strikes,” says Amit Slaich, Head of Product Delivery for NUAR at the Cabinet Office. “If somebody is digging and they have the wrong information or dig in the wrong place, they can potentially strike an energy cable which could kill them. We want to stop that from happening and we also want to avoid the costs that such incidents have to the UK economy.”

To prevent this, the Geospatial Commission, the expert group established in 2018 and responsible for the UK’s geospatial data and strategy, launched a couple of pilot projects between 2019 and 2020 to test the potential of a digital platform mapping out all the buried cables and data assets across England and Wales, and create a prototype system. (Scotland has its own database managed by the Scottish Roadworks Commissioner, VAULT, which provides access to information about all underground pipes and cables in the country from one centralised location.)

The NUAR will allow 680 different data asset holders and those working on their behalf, such as utility companies, local authorities and transport operators, to use a standardised single platform to visualise and maintain data referring for all the cables and pipes existing underground for planning excavations and safe digging. It will also allow them to update information and improve data quality.

The first of the NUAR prototype pilots was done in collaboration with Northumbrian Water Group and Ordnance Survey in the North East of England with the objective to test user need and desirability of the NUAR. The second pilot, done in conjunction with the Greater London Authority, assessed the data transformation feasibility of the platform at scale.

In addition to these pilots, the Geospatial Commission published a report at the end of last year putting forward the business case for NUAR, which showed that the platform could save the UK up to £347 million per year just by avoiding the disruption caused by accidental strikes.

“Rather than just building something and putting it out there, there's been a lot of research into it,” Slaich continues, “We’ve gone out to key user personas, some of the different people that are going to be using NUAR (planners, excavators, asset owners, etc.) and got their input. That all goes into making the design process of the platform user-centred.”

Holger Kessler, Stakeholder and Communications Lead at the Geospatial Commission, explains that the current NUAR programme, which was launched in September 2021 and is scheduled for completion nationwide in September 2024, builds on the two initial pilots.

“There were initiatives out and about and our role as Cabinet Office was to coordinate and get long-term commitment and funding so that this doesn't become just another pilot,” Kessler says. “This is actually going to become the nation's long-term National Underground Asset Register.”

Slaich adds: “All of the previous work and the pilot projects essentially validated the feasibility of the idea and helped us understand the challenges that need to be overcome.”

Why NUAR isn't an open-data platform

Using a standard data model, asset owners and those working on their behalf will be able to access the NUAR platform from any mobile device using a secure login. The system allows users to navigate a map and see the contextual information about above-ground features and specify an area of interest by drawing a circle or polygon on it. Assets can be searched using street name, unique property reference number (UPRN), unique street reference number (USRN) and postcode criteria.

“What we'd like to do is to ensure that the data is harmonised and keeps being updated by the asset owners,” says Slaich.

Kessler adds that NUAR will also result in additional benefits, including less pollution in the streets: “Shorter and fewer journeys to site and better planning will reduce carbon emissions and dust and vehicle traffic. Better planning should eventually reduce delays and works, and therefore delays, congestion and disruption which is one of the biggest secondary use cases. They are future benefits.”

Because of the sensitive nature of some of the data held in the NUAR, the platform is not open and has the highest security standards. Authorised users need to log in using 2-factor authentication and to obtain access to some of the data, the asset owner needs to grant authorisation first.

Kessler adds: “We're dealing here with data that can’t be seen by everybody from above ground as it’s sensitive data relating to gas, electricity and, more importantly, digital data between key parts of our infrastructure. We are security minded in our approach to stop bad actors from accessing this data. The Centre for Protection of National Infrastructure is one of our key partners.”

The current build phase of the NUAR project is well underway and it is expected that a regional platform for Wales, the North East of England and London will be fully operational by March 2023, before becoming a nationwide platform for the rest of England and Northern Ireland the year after. The Geospatial Commission is currently holding a consultation until June on the future operating model of the NUAR and the need for potential legislative reform.

Kessler concludes: “Behind the scenes, this is part of a wider government drive for digitalisation, whether that's the energy system, the road system or the whole digital twin project. We are just a small part of that.”