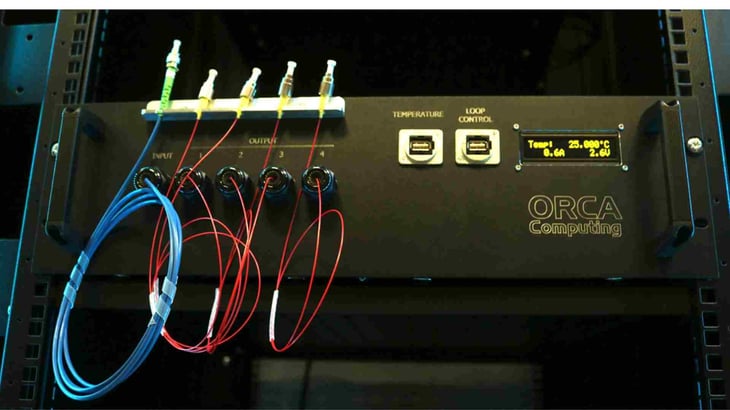 The Ministry of Defence (MoD) has acquired a quantum computer, reportedly the first within the UK government.Quantum computers use the properties of quantum physics to store data and perform complex computations that standard computing cannot execute. Whereas traditional computers are only able to represent either the "1" of the "0" of binary information at a single time, quantum computers use qubits that can represent 1 and 0 simultaneously.

MoD is working with British quantum computer developer company, ORCA Computing, to develop future data processing capabilities. During a year-long programme, MoD will use one of ORCA Computing's machines that can be operated at room temperature.

The company has developed software that allows small scale photonic processors, which use single units of light, to be applied to complex machine learning and optimisation tasks, including image analysis, handwriting recognition and decision making.

Commenting on this acquisition, Stephen Till, Fellow at the MoD's Defence Science and Technology Laboratory (Dstl), said: "This work with ORCA Computing is a milestone moment for the MoD. Accessing our own quantum computing hardware will not only accelerate our understanding of quantum computing, but the computer's room-temperature operation will also give us the flexibility to use it in different locations for different requirements.

“We expect the ORCA system to provide significantly improved latency - the speed at which we can read and write to the quantum computer. This is important for hybrid algorithms which require multiple handovers between quantum and classical systems.”

ORCA Computing's CEO, Richard Murray, added: "While there has been much discussion and debate in the industry over the realities of near-term quantum computing, our partnership with MoD gives us hands-on close interaction; and working with real hardware will help us to jointly discover new applications of this revolutionary new technology.”

In 2014, the Government published its National Quantum Technologies Programme aimed at making the UK a global frontrunner in the use and applications of quantum technologies. The Department for Business, Energy & Industrial Strategy's (BEIS) is currently working on a nationwide Quantum Strategy that will set the objectives and identify the skills, regulations and technology necessary to ensure a successful quantum ecosystem in the country.

Quantum technologies have been recognised within the government’s Integrated Review (IR) of Science, Defence, Development and Foreign Policy as transformative technologies due to their critical role in underpinning the next wave of technological innovation. They are also one of the seven priority technology areas within the government’s Innovation Strategy and BEIS's long-term plan for delivering innovation-led growth.