Local councils turn to IoT to improve their services

Local authorities across the UK are increasingly turning to IoT solutions to improve service delivery and relieve some of the pressures that tighter budgets and Covid recovery are putting on their coffers.

However, the implementation of ‘smart city’ products is not only a financial consideration. According to a study by IoTUK, a national programme that incentivised IoT adoption in the country, the main drivers for adoption of IoT technologies among local authorities are economic growth, improved service efficiency, acceleration of new business start-ups, and improved quality of life. Cost reduction, although important, only came in fifth place.

Two technology leaders at Oxfordshire County Council and Norfolk County Council spoke to Government Technology about how these ‘smart city’ solutions are improving lives - and why having strong data teams is more important than the technology itself.

A network for rural Britain

Norfolk County Council and Suffolk County Council have partnered to build a connectivity network with ubiquitous coverage across both counties supporting large amounts of IoT sensors. These sensors collect vast amounts of data for a myriad of use cases, including road safety, monitoring building temperature conditions, or enabling independent living for the elderly.

This IoT ‘Innovation Network’ is open and free to use so that anyone in the public and private sectors can use it, explains Kurt Frary, CTO and deputy director of information management and technology at Norfolk County Council. 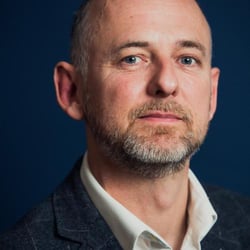 “What we’re doing in Norfolk is totally transferable around the UK and worldwide,” says Frary. “So anyone in the public or the commercial sectors can use the network for free. That means if someone builds a sensor or buys a sensor and uses it in Norfolk, if they’ve got a similar network elsewhere in the UK, they can use that sensor there as well.”

Reliable connectivity is essential to allow a steady flow of data between devices in the network. However, quality connectivity remains a challenge across rural areas in Britain due to lack of good mobile and broadband infrastructure. To bypass this issue, Norfolk is using a low power, wide area (LPWA) networking protocol known as LoRaWAN, or long range wide area network. This network connects thousands of IoT devices scattered across Norfolk's 1930 square miles to the internet.

Although LoRaWAN is a wireless network similar to WiFi or 4G, its main difference is that it uses very little power, allowing battery powered devices to last for years, and it can provide coverage for several kilometres with just one gateway. It is also free to use as it does not require contracts, like a SIM card would do. In rural Norfolk, where mobile phone networks are often inadequate, LoWaWAN is particularly suited.

“We’re seeing it being quite successful so far over the last two years,” Frary says. “It’s saving money. It’s changing the way we deliver our services and we’re seeing other people come along, build on that and do some other amazing things with that technology.”

Frary is particularly proud of how this IoT network is being used in Norfolk for road safety and adult social care.

Before the IoT network was developed, the council used to spend £30,000 in weather stations to monitor temperatures able to detect when roads need gritting. Today, they are using sensors that cost £150 plus the installation.

“The sensors are more reliable because if one breaks, you still got the others that are telling us when to grit and when not to grit,” explains Frary, adding that this solution is not only more cost effective, it is also more environmentally friendly as grit, which scientists warn is harmful to wildlife, is only used when needed.

The sensors monitoring icing conditions were initially installed in Great Yarmouth and then extended to King’s Lynn. The council is now buying more sensors to expand the network and exploring how to use the data captured for additional road safety uses.

Another IoT use that Frary says “floats his boat” is adult social care, an area where smart devices have great potential . The council is working with social services on a pilot aimed at allowing ageing people to live independently for longer.

“If we can keep them in their own homes, then then they tend to be healthier and live longer,  taking pressure off the system in terms of costs, but also making people happier,” notes Frary.

Around a third of people aged 65 and over in the UK fall at least once a year, an event that causes injury, distress, loss of independence and confidence, and sometimes death.

Using non-intrusive sensors, the falls prevention system monitors risk factors, such as period of inactivity or low room temperature, to detect if the person has suffered a fall. Frary explains that the pilot began by placing sensors in some of the staff members’ homes to trial them. In the second phase, they installed the devices in service users’ houses. If the sensors detect any abnormal activity, they trigger an alert that informs social services or the person’s family and friends so they can check on them.

“We get told stats like if a person falls three times they are more likely to end up in hospital or in the care system,” Frary says. “So if we can prevent that from happening by understanding how older people normally behave, then we can really help, it could make a real difference.” 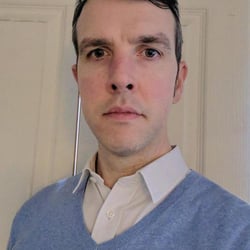 One hundred and sixty miles southwest, Oxfordshire County Council is also using IoT to guard older people against falls. Llewelyn Morgan, head of innovation at the local authority explains that after years of testing, they are now using very low data packed sensors that run in the background of people’s homes and get triggered when they detect unusual activity. Sometimes, they also use Amazon Echo devices.

Morgan says that Oxfordshire's main challenge for implementing this solution is that many older people still do not have WiFi. “So you're either having to connect them up via a SIM and, obviously, pay for that as a backhaul, or do some workarounds for devices that need WiFi, like Amazon Echo, and run them off a mobile hotspot,” he says. “It only works if the backbone is right.”

But Oxfordshire County Council use of IoT goes beyond social adult care. Morgan explains that they are also working on additional projects, including a programme with the Highways Agency involving “intelligent” traffic counters that monitor air quality and a predictive model for traffic management. Other ongoing projects include “smart management” of street lighting, and a policy intervention tool that measures the roughness of roads with data captured from cyclists' "smart lights" and other sources.

However, Morgan emphasises that IoT alone lacks value and that the technology needs to be underpinned by teams with different skills that can make sense of the data and develop it into a coherent product - a product that can potentially be used by other local authorities.

“On its own, it’s very rare that IoT provides value, it’s usually a combination of other data. Some of that will be other IoT data, some will be not IoT, could be real time feeds,” he adds. “We're lucky because through the work we've done, we've managed to attract people who could code, people who could build Power BI dashboards. It’s taken quite a while to do that internally.”

Morgan concludes saying that one of the lessons learnt during the work that he and his team have done with IoT is that people, not technology, is what adds value and solves problems.

He adds: “And I think that’s the issue for councils: it takes quite a lot of work to get the value out of these things: that’s why we need analytics, data teams and R&D in government, because that’s their job. Here, we’ve managed to build up an innovation team.”

(Photo by Jorge Ramirez on Unsplash.)