Government suppliers to be penalised for poor performance

New powers have been announced to allow the government to exclude suppliers from winning public contracts if they have a poor track record of delivering for taxpayers.

The plans are part of the government’s wide ranging changes, published as part of the consultation response to its procurement green paper. Under the new plans, hundreds of complex and unnecessary EU rules will be replaced with simpler, clearer and more flexible rules.

This will give the government more discretion to exclude previously poorly performing suppliers, such as those who have not delivered previous projects on budget or on time.

Suppliers can also be banned if they have undertaken unethical practices, such as a lax approach to safety, or where there are national security or environmental concerns. 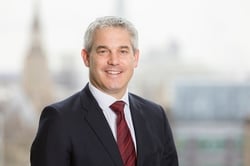 "We’re increasing transparency and ensuring that procurement remains fair and open," said Chancellor of the Duchy of Lancaster Steve Barclay. "These simpler and more flexible rules will also make it easier for small businesses to win work – placing levelling up at its heart."

Under the current rules, suppliers can only be excluded from winning new government contracts if there has been a significant breach of contract.

💡 The recalibration of Government/Supplier relationships is one of our 2022 Public Sector Transformation Trends. Check out the full list HERE

With about £300bn spent every year on public projects such as the delivery of new schools, hospitals and roads, public procurement represents about a third of all public expenditure.

New measures on transparency are also being introduced, so that members of the public can see exactly where their money is being spent and compare this across a range of services. This will be done through procurement data being published in a standard, open format, accessible to anyone, as well as the increased efficiency of having a single registration platform for suppliers.

The plans will also make procurement more transparent and effective during times of crisis, where government needs to act quickly to ensure vital goods and services are bought.

Competition will be introduced into emergency buying, meaning that government doesn’t need to wholly rely on direct awards in times of crisis.

The changes will make it easier for small and medium size businesses to bid for and win government contracts, by overhauling the current EU rules, which are bureaucratic and unnecessarily complicated. This often discourages smaller suppliers from bidding.

A simplified bidding process will make it easier and more efficient for SMEs to win work. One efficiency being brought in is creating one single central platform which suppliers have to register on, so they only have to submit their data once to qualify for any public sector procurement.

Under the new rules, procurers will be able to give more weight to bids that create jobs for communities, build back better from the Covid-19 pandemic and support the transition to net zero carbon emissions. These ‘social value’ factors mean that buyers don’t just consider price alone.

The greater flexibility in the new rules will allow local leaders and communities to grow the private sector and raise living standards in their area, by being able to procure more locally and flexibly. 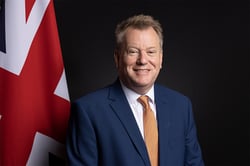 "These reforms are just one of the many areas where we are taking advantage of our exit from the EU’s rules to design a procurement system that is better tailored to the UK and our economic needs," said Lord Frost, Minister of State at the Cabinet Office. "They will open up new opportunities for our small businesses to win public contracts, boost efficiency and competition, and deliver better results for UK taxpayers."