The UK government has signed a new three-year Memorandum of Understanding (MOU) entitled the 'Digital Transformation Arrangement 2021 (DTA21)', with Microsoft allowing public sector organisations to get discounts and beneficial terms for Microsoft 365, Azure as well as associated Support and Consulting services, and for the first time – Dynamics 365 and Power Platform cloud services. 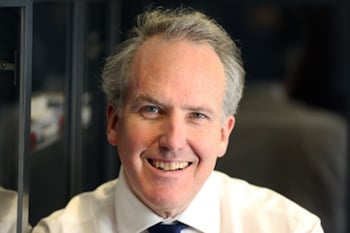 “This new agreement with Microsoft builds on the Government’s One Government Cloud Strategy, which supports the key principle of treating government as one single customer,” said Gareth Rhys Williams, the Government Chief Commercial Officer. “It shows the Government’s determination to drive transformation as well as adopt value for money technologies that improve services and ensure government departments and their staff have the digital tools they need, now and in the future.”

The commercial agreements between Microsoft and the UK government have increasingly focused on cloud services since the Government launched its Cloud First policy in 2013. The policy was reassessed in 2019 and remains a flagship technology policy.

The MOU builds on the Government’s One Government Cloud Strategy and the principles of the Digital Data and Technology (DDaT) strategy, which focuses on modernising technology, strengthening cyber defence, improving digital skills and embedding a culture of innovation. It also supports more recent issues such as supporting the UK’s recovery from the COVID-19 pandemic, sustainability and the social value agenda.

“This agreement recognises the significance of cloud computing to the UK public sector as it continues its digital transformation and aims to build back better,” explained Philip Orumwense, Commercial Director and Chief Technology Procurement Officer at Crown Commercial Service. “It is another example of our commitment to achieving outstanding commercial value for our customers across the public sector.”

DTA21 renews the existing DTA MOU as a three-year agreement starting on 1 May 2021, and runs until April 2024. It brings together Microsoft 365, which includes Modern Workplace offerings such as Teams, the current Azure Pricing Arrangement and expands into new areas such as Business Applications.