Cloud is the Future of Public Sector Collaboration 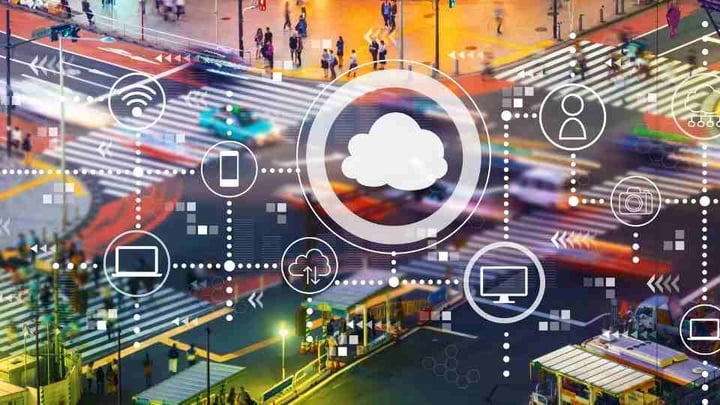 Public sector organisations that aren’t operating in the Cloud are missing opportunities to share data and insights with partners, unlocking powerful benefits for the people they serve.

It might sound surprising that in 2021, there are still government organisations not operating their systems in the cloud. That’s still a reality - but why? The objections are usually the same, and in my view, easily countered. The real shame of this is that cloud adoption unlocks transformative opportunities to collaborate and use data - so organisations that hold back are doing a great disservice to the communities they serve.

Breaking down the objections

There are public sector IT people who take the ‘lies, damned lies and statistics’ view of the cloud market, refusing to believe that this technology is safe and secure. It’s an easily debunked myth, because all the cloud providers have UK mainland platforms, showing they've adapted to concerns. We’re all using these services in our daily lives whether we know it or not, and the UK is a global leader on security and data privacy.

The stark reality check here for those organisations that don't want or trust cloud is that they’re probably already using software like Microsoft 365. So they’re already in the cloud! You don't want to put your line-of-business systems in the cloud yet the means by which you log on and access your systems - you are happy to have that in the cloud? I don't get that.

The arguments about not going to cloud are all now dealt with in my view. It’s not secure? See above. You don't know what country it's in? Yes, you do. It doesn't have resilience. Yes, they do and they can prove it - there are contracts and commercial arrangements to demonstrate that. “I can't control their performance.” Well, actually, their performance is a whole level of magnitude better than anything you could ever afford alone.

The important part of the cloud discussion is what it can do for government organisations now and in the future. People talk about how you manage your solutions in the cloud with software as a service, because it isn't about buying an equivalent of your data centre. The cloud isn't about replacing your one single silo with a new silo. It will be about buying capability from more than one provider.

Local government will have a social care system, a highways system, a productivity suite, and an ERP. They're not going to buy them from one provider, but the fact that they're going to be located in different clouds is not a problem as long as the architecture is designed to deal with that. So your challenge is that you need to rethink your security around how the gateways are managed.

All of the talk around collaboration and having a single view of the customer - for example health and social care being able to work together - is dependent on operating in a cloud environment that will enable you to to connect your systems together, and share data and insights.

Cloud allows you to work on a many-to-many relationship and that's exactly what people expect public services to do in the future. They don't expect to have to deal with a different institution to do a different piece of admin, just because you've chosen to lock your IT systems up in such a way that one can't talk to the other.

To make sure that the communication between different cloud systems is legal and secure, Information Sharing Protocols set out the purpose for which the two of you want to engage,  establishing the ground rules for systems interoperability where data can be exchanged or shared.

Let’s explore the world of NHS and local government social care. If you're dealing with somebody that needs to be discharged from hospital, an agreement will define how the local authority shares information with the NHS trust (with the patient’s agreement).

It ensures that the medical information held by the hospital is communicated to the social care team to ensure that their house is suitably equipped and they're able to go home safely. If they need a grab rail in the shower or remote health monitoring, the local authority can make sure that when they go home, they feel safe and confident and are supported while they adapt to any changes to their lives. We all want to avoid repeat hospital visits!

A common complaint from operational leaders to IT/Digital/Information Governance is that they need separate protocols for every single person they deal with. Yes, you do, but you need that anyway, because you're handling that person’s data. You can template the protocol and tell them why you're doing it - I would make no excuse for that, because that's absolutely the right way to behave. We are custodians of other people’s data and we have duties of trust and transparency in what we do with it and why.

So back to the argument of “I don't want to do cloud because you can't trust how data is managed.” Actually, cloud isn't the problem here. This is about behaviour, it's about how you act and the basis that you have permission to share the information.

Current levels of cloud adoption vary by sector. Local government has made a lot of progress - easily two-thirds or more are in the cloud, or moving quickly into it. I haven’t come across anybody resisting the move in local government for at least a couple of years. They understand it - any delays are really about working through business cases and the practicalities.

Next steps into the cloud

The on-prem versus cloud debate is basically over now. The different public sector agencies need to move on and get into more sensible conversations. How do we make this work so that residents trust us? How do we stop talking about the theory of collaboration, analytics and intelligence, and start doing it at scale? That’s when the real value of cloud is going to be delivered.