AI use cases in central government and NHS

The deployment of artificial intelligence (AI) in the public sector is paving the way for improved and more efficient services.

Three data executives from the Driver and Vehicle Standards Agency (DVSA), UK Research and Innovation (UKRI) and Unity Insights recently shared their views on how different verticals within the public sector can move forward on AI deployment in a panel moderated by Government Transformation magazine’s General Manager, David Wilde.

According to Alex Fiddes, Head of Digital Operations at the DVSA, some organisations have wanted to deploy AI and have been looking for problems to use it on. Whereas in the case of the DVSA, “we actually had a problem that we used AI to resolve, so it was a slightly different way around,” he said.

How do you regulate such a vast amount of businesses with a finite amount of public sector resources? AI can make that transformation.

DVSA regulates 24,000 businesses through its digital MOT testing service. Up to 80,000 non-DVSA employees interact on the platform on a daily basis.

“As a regulator, we want to make certain that we're only regulating those people that need to be regulated, and those that don't, are free to go around the business in an unfettered way," Fiddes explained. 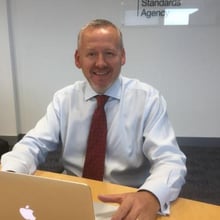 His team uses AI, including clustering and outlier detection, to identify the businesses that need to be under DVSA’s radar.

Fiddes revealed that this has resulted in a three-fold increase in effectiveness and the deployment of staff to take regulatory investigations, giving the DVSA “tangible and demonstrable results”.

“There's a real example of where we had a problem: how do you regulate such a vast amount of businesses with a finite amount of public sector resources,” Fiddes continued. “From there that's given us a real appetite as an organisation of what else are we facing where AI can make that transformation.”

Another area where Fiddes sees great potential for AI is the e-assessment of the driving test theory test, which is the world’s largest online e-assessment of people who want to obtain a driving licence.

The department does around 2.8 million tests a year, generating a “minefield of nuggets of golden information” to improve driver safety and promote greener driving.

Finding out the reasons behind accidents is important not just to prevent deaths and injuries but also to avoid disasters that adversely impact the economy when motorways need to be closed.

Fiddes said that the huge amounts of data that the DVSA has from the initial interactions with those doing the theory test can be maximised with the use of AI.

“Our remit in transport is about safer roads and safer highways: how can we use AI to pick out what interventions we can do that have a positive impact and where do we start to change our interactions with people who are learning to learn to drive and own vehicles, and better tailor the questions and the results.”

Léa Quentin, Workstream Lead at Unity Insights, said that the technology is already being deployed and implemented at a large scale across the NHS.

Unity Insights was formed in 2021 following several years of continued growth as the analytics and evaluation function at Kent Surrey Sussex Academic Health Science Network (KSS AHSN). They operate as a partner organisation to KSS AHSN, maintaining strong relationships with both the AHSN and wider AHSN Network.

Unity Insights and Health Education England (HEE) recently published a roadmap mapping out the use of AI in the NHS to ensure that healthcare staff have the skills and knowledge to harness the power of the technology and maximise outcomes for patients.

The report found that diagnostic technologies, such as those used in imaging, pathology and endoscopy, is the most common use of AI in healthcare (34%), followed by automation and service efficiency (29%), P4 medicine (predictive, preventative, personalised and participatory medicine) (17%), remote monitoring (14%), therapeutic (4%), and other uses (2%).

This data helps HEE to target their efforts in these areas to make sure that the staff have the right skills and knowledge to work with AI. 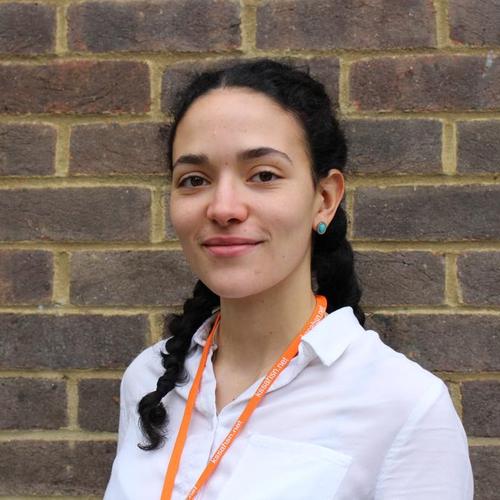 “One of the main key takeaways to engage with stakeholders is to say that this is not in three years time, this is now being implemented and deployed on a large scale,” said Quentin. “So it's really about taking a stake in what's happening now and then also planning for the future.”

To continue maximising the use of AI in the NHS, Quentin said that there should be a focus on accelerating its adoption with initiatives such as the NHSx (now part of the NHS Transformation Directorate) AI Award, which funds and supports AI projects that can benefit patients and medical staff.

“All of the outcomes that will come from [the awards] in terms of evaluation, standard setting and learning around the workforce will be critical to accelerate the adoption of AI,” she added.

Setting standards and developing the existing framework for digital health technologies will be essential to ensure that innovators understand all the risks associated with the use of AI as well as ensuring that it will bring real and safe benefits to patients.

“Not everyone will come to AI with the same level of confidence or understanding, so how can you support them and how can you tailor the solution so that you mitigate some of the risks of the algorithm?” added Quentin. “Understanding the user better, regulation and having strong standards that builds confidence and make sure that robust products are put through the system is very important.”

AI for the UK economy

Understanding how the government can support and accelerate high-growth innovation in the UK based on AI and cutting edge data for the benefit of the country’s economy is one of the missions of Innovate UK.

The agency is part of UKRI, an organisation supported by the Department for Business, Energy and Industry Strategy receiving around £7 billion in annual funding.

“The UK has a really vibrant AI ecosystem,” said Sara El-Hanfy, Head of AI and ML at Innovate UK. “There are already lots of ways that AI is transforming our world and helping us meet challenges in areas such as health, energy and education and I think we're certainly seeing that the number and complexity of developments in this space is definitely increasing.”

There are still areas where the potential of AI remains untapped, added El-Hanfy, including improving specialised functions for businesses, such as optimising manufacturing processes, personalising retail services or HR functions.

On the latter, UK Innovation has been working with a company using natural language processing to remove unconscious bias from the recruitment process. The agency has also worked with a company that has developed a prototype virtual assistant able to offer more productivity and maximise the opportunities of the virtual meetings that have become commonplace since the pandemic began.

“I think there are major opportunities, we're seeing more of them,” said El-Hanfy. “My key takeaway to out there first is about bringing in that wider set of perspectives. At UKRI we very much believe in diversity of thought. The more perspectives in the very early stages of your project, the more likely to be successful.”