What role will automation play in the future of citizen service delivery?

What citizens expects from government services and service delivery is often compared against the digital standards and products found in the private sector.

We asked a panel of executives from the Department for International Trade (DIT), UK Health Security Agency (UKHSA) and software company Sprinklr, to assess the role automation will play in bridging this 'expectation gap' - and to making citizen services more inclusive.

Covid-19 has played a key role in shifting customer expectations. During lockdowns, consumers and businesses increasingly switched to digital and citizens today expect government to offer the same variety and quality of services found in the private sector. Meeting these expectations has become a priority for public sector organisations in the UK.

The gap between customer expectations and service delivery is a “very real” issue at DIT, according to the department's Chief Engagement and Design Officer, Anais Reding.

Although the organisation is already making progress on its ongoing automation and self-service journey, businesses dealing with DIT expect it to have the capacity and resources required to meet their digital expectations as found outside government.

“Really often, when we talk about self-service and automation, we’re talking about web chats,” Reding said. “The irony with that (and I know this from sitting through some of the user research sessions) is that customers actually prefer to have the one-to-one contact that we offer but they want to know that we can offer web chat because they build confidence in the ability that we have of supporting them.

“It’s a Catch-22 situation that we need to deal with as a government organisation - can we justify investing in it just so that we can demonstrate that we are capable and our services are worth engaging in?” 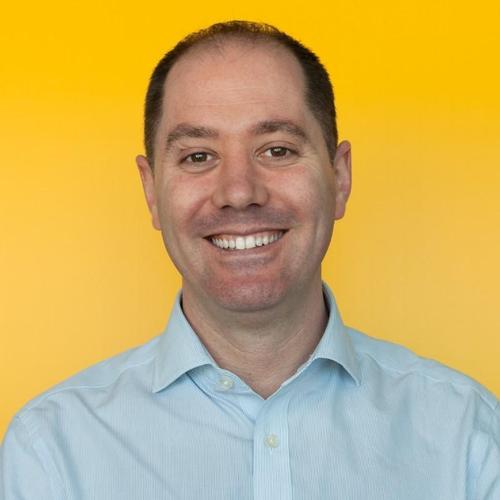 Government departments deploying automation to bridge the gap between customer expectations and service delivery are already reaping the benefits. Thanks to automation, the public sector has the possibility of freeing up human resources to focus on more complex service delivery, said Mark Abrami, Senior Director at Sprinklr.

“Expectations are being set by what's happening in the private sector,” Abrami said. “It shouldn’t be a cause for concern though because we know that advances in technology mean that the public sector can hugely benefit from being able to deliver repeatable light citizen engagements through automation.” 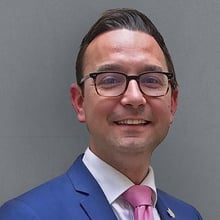 In the case of UKHSA, the organisation has relied heavily on automation and digital since the beginning of the pandemic to provide essential services to citizens. In this climate, customer expectation versus demand came to the fore of the team of Jamey Johnson, Director of National Operations at UKHSA.

“Because of the continuous changing scenarios during Covid as new variants came in, travel rules changed and vaccines got rolled out, what we asked customers to do changed frequently,” Johnson said. “How they engaged with our services as we developed them changed frequently as well.”

A clear trend in this transformation of customer expectations according to Johnson has been a growing appetite from customers to deal with services themselves. Automation and self-serving became crucial to deal with the scale of operations during Covid, so this change in customer expectation had also a business benefit for the UKHSA since it released pressure on the contact centres and other overstretched resources.

Johnson mentioned the example of PCR test bookings. Instead of calling a contact centre, he asserted that the overwhelming majority of people preferred to book tests online and find the most convenient test location by themselves.

“They were feeling ropey and rubbish because they had Covid and didn’t want to spend 40 minutes on a phone queue and then half an hour to a contact centre handler. They’d much rather do that themselves,” Johnson added.

The momentum gained during the pandemic also offered the ability to open much more inclusive services. Working in partnership with a visual impairment charity, UKHSA could offer people blind or partially sighted people to take a Covid test from home through an assisted video call.

“In some ways, the pandemic has been positive for this purpose because people have been at home at home and the ability to access services in traditional ways has been really disrupted,” Johnson said. “We’ve got a real chance to move forward on some of these digital exclusion challenges that we faced as an organisation previously.”

Making digital services, including the Covid vaccination pass, as simple and user-friendly as possible has been a priority to ensure that citizens use them. However, for those people who remain digitally excluded and do not have access to these online services, it has been essential to work with them and their communities on the front line to ensure that they also have access to these services.

Sprinklr’s Abrami suggested to government organisations creating programmes and services with the average citizen in mind but also thinking about all those groups and communities with specific needs and who may have different digital access requirements.

“I think there will be the need to have very broad services serving the general population but then also looking at everything else almost as in little niches and trying to work out what’s the right thing to do,” he said, adding that human resources freed up by automation could be given the task to focus on digital exclusion and how to make services that reach everyone in society.”

Although DIT deals with businesses that on average have a higher digital literacy than the groups dealt by other departments, such as DWP, the issue with them is understanding how far they can go with digital, said Reding.

“We certainly know that businesses will face the same accessibility needs as anyone else,” she continued. “But in terms of digital assistance, given that we've got one-to-one channels that are built into the offering that we provide to businesses, I think that's where we are trying to find the balance.

“We still need to work on that service and content design to make sure that that one-to-one support is really used where it is needed by businesses, or where it can provide the most value to the UK economy so we can support at scale as much as possible.”

The panel discussion 'Service Automation: Future of Self-Service', sponsored by Sprinklr, is available for replay here.