The Information Commissioner’s Office (ICO) is using an algorithmic tool that categorises incoming emails and sends an automatic response signposting to an online service to organisations and individuals who are requesting a change in their business address.

Mike Fitzgerald, the organisation’s Director of Digital, IT and Business Services, tells Government Transformation how the tool is making ICO’s operations more efficient and the role it's playing within the ICO’s digital transformation strategy.

How the algorithmic tool works

The ICO receives about 23,000 emails on its data protection (DP) fees inbox every month. Under the Data Protection Act 2018, organisations processing personal information are required to pay a data protection fee unless they are exempt. This inbox deals with enquiries from organisations and sole traders who are registered or are looking to register with the ICO.

About 75% of the enquiries received through the DP fees inbox relate to a change in circumstances, such as a change in address. Being able to identify those enquiries would allow signposting users to the correct change of address online service quicker and more efficiently. But before the algorithmic tool to categorise emails was introduced in May 2021, this process was done manually by ICO’s staff, who had to read and respond to each email individually. 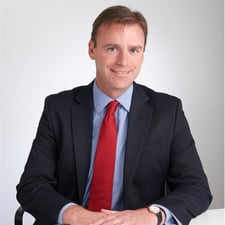 Fitzgerald says: “We asked ourselves: how do we deal more effectively with that demand? And how do we create digital services that allow people that are contacting us to potentially utilise self-service options?”

Fitzgerald and his team decided that, in this case, a machine learning tool would help avoid a backlog of emails and would free case officers’ time to deal with more complex requests. "We were always very clear in terms of what that solution would look like," he adds.

Using a simple learning algorithm classifier to determine the context of a request, the AI tool analyses the content of the emails and categorises them by picking up keywords and sentences.

Only emails that have an 80% certainty of being about a change of address request are sent an automatic reply containing a link to the change of address form, allowing the user to complete the process themselves without having to contact the ICO again.

The algorithm was developed by ICS.AI and Microsoft, and the model was trained on a dataset that was collected from emails being sent to the ICO’s registration inbox. Privacy and ethical standards were kept at every stage of the development process, and ICS.AI carried out its work within an ICO-managed environment and did not hold or process any data outside of that environment.

"We went through a procurement exercise, and [ICS.AI] was selected based on their skills and experience,” says Fitzgerald. “It is their technology, and we are utilising their IPR, but we're making that relevant and bespoke to the services that we need. We are very keen to work with partners to make sure that we get the best-of-breed in terms of technical solutions, and it is a value-added tool.”

The ICO says that all training data was deleted after the model was created from the Azure Database, while the original email will remain in the registration inbox for 12 months.

One of the challenges of implementing the registration inbox AI tool was ensuring that Fitzgerald's team took the best from the supplier’s technology while also making sure that it is relevant to ICO’s users.

Keeping alternative communication channels open was essential to them, and when an organisation or sole trader does not respond to an automated response sent by the AI tool and does not complete the transaction, the ICO will get in touch with them.

Earlier in the month, Information Commissioner John Edwards launched ICO’s new strategic plan, ICO25. The document sets out the objectives that the organisation wants to achieve by 2025, including a makeover of the ICO’s digital and IT strategy. Within this vision, Fitzgerald says that there is a solid will to digitalise services and expand user-centred technologies.

“The plan is really strong in the digitalisation of services, and in terms of where we are going, it expands our use of technology and looks at the journeys from the user perspective,” continues Fitzgerald.

Other digital initiatives that have been deployed at the ICO include a chatbot in the DP Fees website section that helps users with their registration enquiries. In all cases, when the ICO introduces a new digital initiative, it must be business-case driven to avoid wasting taxpayers’ money. “At the heart of this tool was: does this make the journey for our stakeholders better and more efficient when they transact with us?” Fitzgerald says.

Fitzgerald asserts that since the introduction of the algorithmic tool in 2021, there has been a significant channel shift in dealing with those enquiries, and users are moving their way through automated channels, giving them the opportunity to self-serve and resolve their enquiries faster and more efficiently - something that he says can be replicated by other government agencies.