The last eight months have been extremely hectic for Harriet Green and Myra Hunt, the joint CEOs at the Centre for Digital Public Services (CDPS) in Wales. Since taking office in January, the executives have been working on crystallising the purpose of CDPS and identifying the challenges and opportunities for digital public services in Wales.

Green spoke to Government Transformation magazine to share the progress achieved during this busy period - and explain why putting users first is essential to CDPS's mission.

The initial months in post for Green and Hunt at CDPS have involved multiple conversations with stakeholders and organisations to build a sense of the challenges, issues and opportunities that exist in the Welsh public sector. These discussions have also contributed to mapping the players within this landscape and identifying the levers in place to work with. 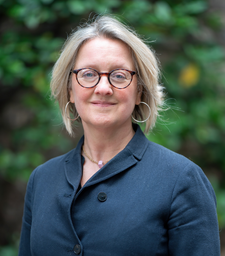 “We’ve met a lot of people during the last six months and one of the things that feels good is that we’ve really got under the skin of the situation with digital services in the public sector in Wales,” Green says. “I think we’ve been able to build a strong picture of both the issues and the opportunities in Wales and how the players would like to work with CDPS.”

One of the tools that have helped to creating this picture is the Digital Landscape Review (DLR): a project commissioned by CDPS with the aim of understanding the current state of digital services in Wales to prioritise areas for development and investment: “It is a significant piece of data and evidence gathering across the public sector in Wales,” Green adds.

Although CDPS has great ambitions for change - “we’re a small organisation that wants to make a big impact,” Green asserts - its limited resources makes prioritisation of focus areas essential. This has involved understanding CDPS’s USP and what is appropriate for the organisation to get involved in and lead around.

We’re a small organisation that wants to make a big impact.

Defining CDPS’s USP has entailed identifying the centre’s priorities, understanding the criteria for taking on proposed new work, clarifying how they create partnerships, and building more maturity into its operations and processes.

“One of the things that we’ve planned a lot of work around is the concept of lasting change, because that’s what we are after,” Green explains. “There’s no point in CDPS coming in and doing tactical pieces of work which might do a bit of good in the short-term and then leave the organisation to their own devices.”

Something that has been clear for CDPS from the outset is that the centre would never work as a supplier. Instead, Green explains that CDPS is about building partnerships and adopting a multifaceted approach that understands the implications and commitments required to create change in the long term.

“Our goal is to work with organisations to create lasting change, so we’ll always try to create long-term supportive relationship with a view to lasting change, rather than just take a one-off spec and deliver it and go,” she says.

Another piece of work done this year at CDPS has been the convening of a senior group of Chief Digital Officers (CDOs) to work together on digital priorities. As part of the Digital Strategy for Wales published in 2021, the Welsh Government appointed new CDOs in the government of Wales and local authorities.

“In that group, we have worked really hard to identify a priority list of both challenges and opportunities, and refine that down to the top five that we're going to address this year,” Green explains. “We have committed to having an agreed, unified voice on these common areas, with the goal of having a strong influence in Wales.”

These focus areas include the growing DDaT skills and capabilities gap, how to enable leaders in the public sector to understand the carbon-zero implications of their technology choices, and the future of digital identities in Wales.

Another significant challenge across the public sector is the lack of interoperability and consistent and joined-up standards. Although there have been numerous attempts historically to share technologies among organisations, there is still a need for standard approaches.

Recruitment and retention of DDaT roles in Wales is an issue becoming increasingly problematic and something CDPS is focusing on. As in the rest of the UK, people are leaving the public sector for jobs with higher salaries in the corporate world. In Wales, however, the challenge is being exacerbated by talent leaving for better paid central government roles.

In the case of CDPS, the organisation is tackling the skills crisis internally by investing in permanent recruitment. Green says that in the past, the centre had been dependent on contractors to deliver CDPS projects, which is usually expensive and limits the scope of delivery.

CDPS's positive impact so far has not gone unnoticed and having been described as a “powerful catalyst for change” by the Welsh government, today it is attracting talent who want to join the centre and use their technical skills for good.

“There's a real buzz being built around the CDPS mission,” Green tells us. “We've exceeded my expectations in terms of being able both to procure permanent DDaT people but also to recruit them from within Wales, and recruit people who are bilingual.”

Among the latest recruits is the Head of User Centred Design, a hire that highlights the importance that CDPS places on putting users first when thinking about digital public services. Green is firm in her view that if organisations think about the user as the primary factor in their decision-making, the results are outcomes that work for citizens.

Dysfunctional services remain a problem. For CDPS, there is no doubt that user-centricity delivers policy better and is also good for the public purse. “If you take a user-centred approach you're much more likely to get things right the first time,” Green says. “If you don't, you're much more likely to end up with a product that suddenly only works partially for people and you either have to rework it or you make people live with something which is a sub-optimal product.

“In the end, for me, the user focus argument is a value-for-money argument.”

Despite the clear benefits of user-centric service design, Green says that there is still a lack of understanding of what that means in practice. That is why CDPS mission to educate and influence public sector organisations about putting users first involves showcasing examples of good practice that demonstrate the benefits of user-centric design.

User-centricity also means that digital inclusion, which is enshrined in the digital standards at CDPS, must always be considered so alternative routes to service access, including by phone or in-person, must be present if required.

But as it is often the case, one of the greatest challenges is the legacy mindset that thinks that digital is about technology, not people.

“Very often I'll be having a conversation and I'll realise that the person I'm talking to is thinking that I'm from the IT department, whereas the digital service focus is different,” shares Green.

Despite these challenges, Green is optimistic about the positive impact that CDPS is having in creating lasting change for services in the public sector in Wales. The next steps for the centre will be to grow its business development activity and continue delivering the digital strategy for Wales.

Green concludes: “There are lots of really big challenges but, on the other hand, there is also a really strong willingness and desire to change.”