New digital tools to help local people have their say in the planning process will be trialled in 13 areas across England, the Department for Levelling Up, Housing and Communities announced.

Over £1 million of government funding has been allocated to 13 planning authorities under the PropTech Engagement Fund to test new digital initiatives to make the planning process more open and accessible and boost public engagement.

The selected projects include:

The pilots, which will run until March 2022, will inform the government’s work to modernise the planning system and the Department of Levelling Up Housing and Communities is working with planning authorities to establish best practice and identify where further digital guidance and innovations are needed.

These initiatives are also aimed at encouraging groups typically underrepresented in planning decisions – like renters, young people and those from black and ethnic minority communities – to make their voices heard on planning in their area. 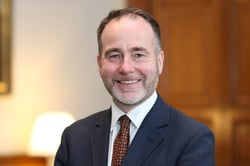 "We want to use digital technology to make the planning system fit for the 21st century and empower people from all backgrounds to get involved in decisions that impact their communities," said Minister for Housing Rt Hon Christopher Pincher MP. "From scannable QR codes giving people local planning information straight to their mobile devices, to interactive online maps, these digital pilots will help us create a more accessible and transparent system and ensure people are informed, engaged and can have their say."

The PropTech Engagement Fund was launched in August 2021. Local planning authorities were invited to submit bids for up to £100,000 to run pilots to boost engagement in Local Plan consultations, better publicise proposed developments, or to analyse consultation responses.

Feedback from the pilots will help the department understand how best to support councils to adopt digital planning tools across the country.

A breakdown of the local planning authorities that have been allocated funding and the amount they have received is below: