While the delivery may be digital, effective public services are really about people. We asked a panel of public sector leaders and innovators to share their perspectives on designing and executing user-centric digital services. 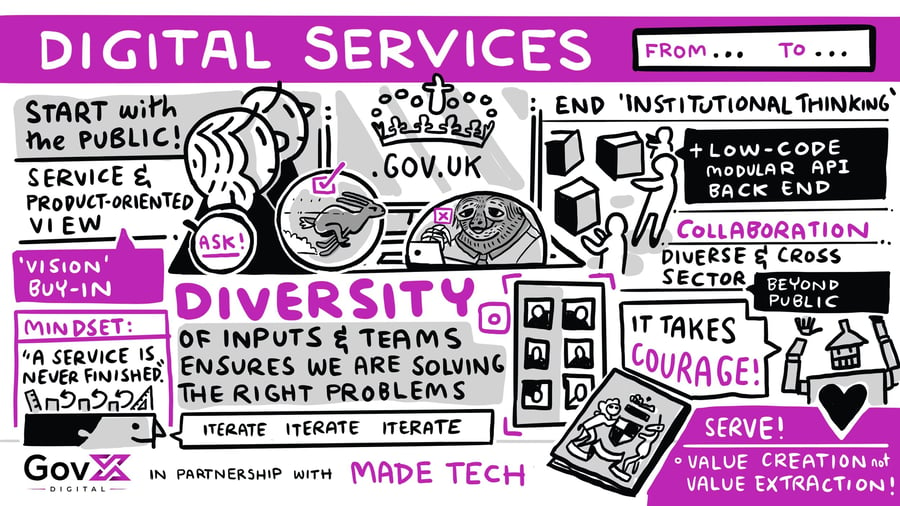 Within the Digital Directorate, we set up the Scottish approach to service design as a real recognition that to improve services, you have to put a framework around it. That led on to the creation of a Chief Design Officer within the Scottish Government and that’s put in motion an absolute commitment to putting users at the heart of it and supporting that whole community of practice around service design.

The reason I'm such a fan of agile methodology is that it reflects reality - if you think about our own lives, or key points in our lives, we don't just have a conversation with a friend of ours and then come back in a year to check how they're doing. It's all about continual data points. It's about going back to those feedback loops. It comes back to this: is a service ever truly finished? No.

What we've seen in government is this shift from programme methodology where it's clearly a beginning, middle and end, to a service where it’s ongoing, constantly evolving and improving. And that's a different mentality. 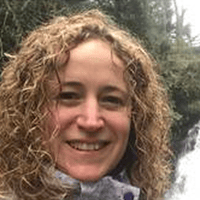 It’s important to establish good leadership at all levels and understand that sometimes leadership capability is going to emerge. We've had a lot of success with career changes, and bringing in people that have simply had the aptitude to be able to adapt to new ways of working in a new environment.

But sometimes, we also have to accept that we don't have all of the capability and competency in house, and we have to bring in fresh talent or partners to help us. So my role is about creating the right conditions and providing clarity about what we're trying to achieve, then making sure we've got the competence and capabilities in the teams.

In many ways, the answer is just to get on with it and prove that this way of working actually does deliver results, which takes courage.

We’re seeing increasing involvement of a wide range of service providers of all different sizes, all of which can bring so many different things to the party. That pool of people who can be invited to take part is getting bigger, which increases the quality of the solutions that we produce with a wider range of ideas and minds.

We often start with lots of assumptions in any project around what we think will be important to us as a public sector organisation. Then when we begin doing the work, we encounter things that challenge those assumptions. Challenging strongly held assumptions can be very difficult to deal with, even around a particular feature like taking a photograph at home in order to get a good passport picture.

But there might also be policy decisions being made all the way up in higher levels of government. If teams are given an environment where they can engage with people in forming policy decisions, and show them what digital technologies can achieve, that’s important in terms of how changing how policy is formed.

So there's this need to create relationships between different groups of people who have strongly held assumptions about what the output should be, and how work should be done. And then by constantly coming up with clear evidence and building real things and showing real things, not demos, you can win people around to different approaches.

We’ve reached the point now that it's not just about digital, it's about public engagement in the broader sense. A lot of the work that I'm now involved in with local government and healthcare involves conversations about reimagining front doors, and pulling together all of the ways in which we engage with the public.

We need to tackle that really difficult challenge of moving away from institutional thinking - it isn't about central government, NHS or local government, being treated differently. Looking forward, how do we turn that rhetoric into real practice?

By involving the public and trusting them, we can build transparency and engagement. The simplicity of the answer that comes back is always refreshing and challenges head on a lot of assumption-based policy thinking and entrenched belief that you get in the government machine. The cornerstone of everything that we're doing in digital is absolutely about trust and transparency. How are we going to achieve that unless we're much more proactive in our engagement with the very people we're here to serve?