Despite ongoing efforts to increase inclusion and diversity within organisations, there's still an urgent need to ensure that public sector leaders are representative of the societies and communities they serve.

During the Government People Show, executives from the UK and Canada joined Government Transformation’s GM for Government, David Wilde, to discuss ways in which organisations can foster truly inclusive and diverse workplaces. Here are some of the key takeaways.

For Seyi Okuribido-Malcolm, Director of the Anti-Racism Secretariat at Canada’s Department of National Defence, diversity and inclusion is about elevating and integrating the voices of those who are traditionally marginalised and bringing them to the policy and decision-making tables. 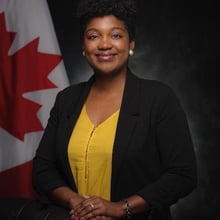 Within her department, there is a focus on inclusive leadership that fosters a culture valuing diversity and is committed to fighting racism and addressing systemic barriers. “When you have that in place it will lead to an environment of belonging and inclusion.”

She adds, however, that diversity does not equal inclusion, and inclusion is not diversity. Whereas diversity is “who is in the room”, inclusion means “who has influence in the room”. Additionally, anti-racism work, which also differs from diversity and inclusion, looks at the change required at individual and systemic levels to understand where and how barriers within an institution can be dismantled, and how a better system can be co-created.

This change in mindset requires re-examining policies and processes through a lens that aims to increase racial equity and equity of other traditionally marginalised groups, such as women, disabled people, religious minorities or gender diverse individuals.

“In terms of how big of a challenge, this a big challenge,” added Okuribido-Malcolm. “And I say that because, fundamentally, you're asking people to acknowledge that the way that we've been doing things is not yielding the results we're looking for. And that's not always an easy pill to swallow.”

Although change is usually accompanied by resistance, Okuribido-Malcolm said that if productive, it can actually help challenge blind spots and develop stronger and more inclusive solutions that work for a broader scope of people. This type of resistance differs from the unproductive kind, where there is inflexibility and unwillingness to listen or understand.

Like most organisations, the Office for National Statistics (ONS) still has work to do when it comes to diversity in leadership. Philippa Bonay, Director of People and Business Services at the ONS, said that although the department has good levels of disability and LGBTQ+ representation among the most senior positions, improvement is still needed for women and ethnic minorities. 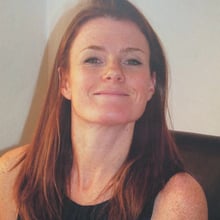 To improve this situation, Bonay’s team has launched a new inclusion, culture and wellbeing app that gives all ONS directorates the ability to look at all of their information by a protected characteristic across the employee lifecycle. This, in turn, helps leaders to identify where the problems are and set objectives against them. “We know that the data is really important because that is what’s driving action,” she added.

However, Bonay stressed the importance of qualitative over quantitative data: “If somebody is saying it and feeling it, that is a data point within itself.”

Echoing the panel, Bonay said that having diversity does not necessarily mean that an organisation is inclusive, so the leadership at ONS is working towards an environment that promotes a sense of belonging: “The behaviours that we display and how we allow people within an organisation to play their part is really important,” she added.

“We know that the data is really important because that is what’s driving action.”

To help build an inclusive culture, the ONS offers sponsorships, mentoring and championing, and everybody within the organisation has an inclusion and diversity objective: “At the senior Civil Service level and top level team leaders, it's becoming much more granular”.

Equally important for Bonay is making sure that the application process is inclusive and gets away from “Civil Servant speak”. That includes doing webinars to demystify roles, changing the language used in the adverts, and reaching out to organisations, networks and community groups across all protected characteristics.

They are also working to ensure that existing people within the organisation remain and do not face obstacles to progress in their careers. “It's about the sustainability of what we do,” added Bonay.

Dismantling the myth of meritocracy

A topic widely discussed during the panel was the concept of merit. Jill Minne, Strategic Director of HR at the Northern Ireland Civil Service, questioned its use: “What evidence is there to show that this apparent merit principle is working? It’s not working very fast.”

An issue with targeted recruitment programmes is that some candidates perceive they are unfairly disadvantaged over others and that applicants are not assessed on merit. But like Minne, Okuribido-Malcolm also challenged this notion of merit and its power structures: “How do we define merit? Who defines merit? And who is benefiting from it?”

According to research quoted by Minne, disabled people need to apply six times more often than those who are not disabled before being successful. She thinks that the focus should be on removing the barriers with interventions such as the Guaranteed Interview Scheme (GIS) recently introduced by the Northern Ireland Civil Service. GIS is a positive action measure that aims to guarantee greater access for disabled applicants to the interview stage of the recruitment process.

“Designed interventions like GIS are not removing the merit principle: they are removing the barriers that people have”, Minne said, adding that removing those barriers should be “as much for your existing workforce, as it is those that you're trying to attract.” 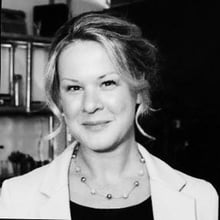 “I think there's certainly something in here about understanding the type of organisation that you're joining,” said Luxford. “To have the support and an environment that is psychologically safe and you are free to be who you are.”

This presents an opportunity to reach out to new talent across diverse communities and networks, but also to nurture and promote existing employees.  “Encourage individuals who perhaps might not have thought about going for a role before or don't think that they have the right qualifications,” Luxford said. ”Even at the very least, if they go for it, it will just give them that sense of confidence. It matters, and particularly when it comes down to diversity.”

The ‘Diversity in management and inclusive talent strategies’ Government People Show panel was sponsored by GatenbySanderson. You can still register for the event here.