How the public sector can attract and retain talent

Amid the current skills crisis, how can the public sector compete with the corporate world in attracting and retaining talent? Is recruitment in government broken?

During a candid conversation at the Government People Show, Mark Adam, Chief People Officer at the Ministry of Justice (MoJ), Andy Headworth, Deputy Director of HR at HMRC, and Matthew Lewis, Public Services Director at recruitment company Hays, joined Government Transformation’s David Wilde to discuss what is behind these burning issues. These are the session's key actionable insights.

What stands in the way of recruitment in the public sector?

Behind the “big tax machine” of HMRC lies a 60,000-strong workforce operating across 25 different professions. The department attracts thousands of new recruits each year. The challenge, however, is retaining that talent. 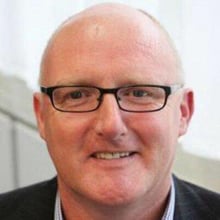 “Retention is one of our bigger challenges in a market that's gone crazy,” Headworth said. “The private sector is offering humongous salaries all over the place.”

The situation at MoJ, also a big organisation employing 89,000 staff and 19,000 new hires a year, is similarly challenging. “I think we're all feeling this,” concurred Adam. “It's got tougher. The market has tightened and whether that comes through cost-per-hire, attraction rates or conversions, it's feeling tough.”

According to Lewis, the battle for skills has never been harder and the public sector is now the most difficult market in which to attract talent. According to reports by the Office for National Statistics (ONS), there are 1.3 million live jobs in the UK, a figure that has been rising quarter on quarter during the past 12 months.

“You need to accept that you are in a massively competitive market,” said Lewis. “Of those 1.3 million vacancies, 160,000 are in professional technical, 70,000 in technology… So you're competing against multiple organisations at any one time for that very narrow, niche talent.

“I think the question is, as much as we are good, are we good enough? My observation of the world of public services is that there is certainly room for improvement.”

What are the areas of improvement?

One of the areas that could benefit from reform is the Civil Service recruitment process, which is still lengthy and complex, particularly to those who come from outside the public sector. The speakers pointed out the protracted job descriptions and complicated grading system, which can put off many candidates and prevents government from being more inclusive and diverse. An overemphasis on qualifications might also exclude people who have acquired experience through less conventional paths or could not afford an education.

“I think we need to be a lot less lazy about how we design and present our jobs,” Adam said. “We kind of assume that people understand what goes on in the public sector and I don't think we always present ourselves in the right way in terms of being really clear how that job translates.”

MoJ has been introducing gamification in its recruitment process to attract more candidates, as well as hiring almost 2,000 apprentices during the last year to gain first-hand experience of working at the MoJ. “We need that rather than the conventional advert on Civil Service Jobs [website] and hope. I think that's the bit that we need to make the shift from.”

Headworth agreed with Adam that the Civil Service should think outside the box when designing and promoting its job vacancies - something that requires a shift in mindsets.

“2,500 characters is way too long for a job spec that we post out and we are doing a lot of work around trying to reduce those substantially to the 500-600 mark at the moment,” Headworth shared during the panel. “We need to align ourselves better to the private sector and the way that the candidates there expect to apply for a job. Changing longstanding behaviours is a challenge there, and that's something we're doing.”

Equally important are role models and making jobs relatable to people. “I think we've got to find a way of actually allowing people to see themselves through this,” continued Adam. “That means much greater diversity in terms of our hiring process and our ability to attract and target. We need to be able to get the best talent wherever they live, right the way across the country.”

Headworth added: “It's just about being brave and doing things - let's be proactive, and not just sit back and wait for people to come to us.”

Working for the public sector has the unique selling proposition of contributing to societal progress. Although the salaries offered cannot compete with those from corporations in the private sector, the panel speakers agreed that the Civil Service and wider public sector should better exploit its value proposition.

“We can lead by our values,” Adam said. “I do think we create fantastic working environments that we don't get across to people. Our ability to tailor the proposition around people is a massive part of what I think public service can offer, we just don't make enough of it, and the stories are what will bring that out.”

Headworth added: “When we're talking to people about career opportunities, we do have something that the private sector doesn't have: we have that scale, we have the variety, we have that global reach a lot of organisations don't necessarily have.”

Being able to articulate this value proposition could fix some of the issues that remain in public sector recruitment, creating a strong position to compete for the best talent against the private sector.

The 'Attracting and retaining talent' Government People Show session was sponsored by Hays.