The Cabinet Office has appointed former Whitehall and NHS executive Mike Potter as the new Government Chief Digital Officer to lead the digital, data and technology (DDaT) strategy across government.

The appointment, which was made after "full external recruitment campaigns" and approved by the Prime Minister, was announced in conjunction with the nomination of Fiona Ryland as the new Government Chief People Officer. 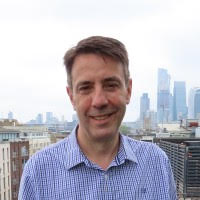 Potter joins from digital consultancy Tecknuovo, where he has held the role of Chief Strategy Officer since May 2022. Prior to this post, he was interim Executive Director of Digital Transformation and Group CIO at Thames Water.

The search for the £190,000-a-year digital executive has spanned over two years, having been first advertised in 2019. However, the post was not fulfilled and instead, the Government created the Central Digital and Data Office (CDDO), an arm of the Cabinet Office responsible for the DDaT function in government. The unit is led by Joanna Davinson, currently the most senior technology executive in government, who is expected to step down when Potter starts in his role in the autumn.

Before Thames Water, Potter spent over a decade in the public sector, where he held different jobs at the Environment Agency, the Rural Payments Agency, NHS and the Cabinet Office. He was also Digital Transformation Director and interim Group Chief Digital & Information Officer at HMRC between November 2014 and October 2017, according to his LinkedIn profile.

"It’s an honour and a privilege to take on the role of Government CDO and I’m delighted to be returning to public service at such an important time," Potter said in an official statement. "I’m looking forward to working with colleagues across the civil service to continue to grow the digital skills we need for the future and deliver the roadmap for digital and data."

Potter will be responsible for a team of 200 at CDDO and will report to Alex Chisholm, Chief Operating Officer at the Civil Service.

Chisholm said: "As the new Government Chief Digital Officer, Mike will be harnessing the unprecedented opportunities for digital technologies and data across the Civil Service, strengthening UK Government delivery both immediately and in the years to come."