The Civil Service Commission exists to provide assurance that civil servants are selected on merit on the basis of fair and open competition; and to help safeguard an impartial Civil Service. 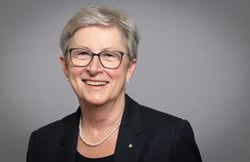 The Public Administration and Constitutional Affairs Committee held a hearing with Baroness Gisela Stuart on 3rd February 2022 where they asked a range of questions including about motivation to apply, how she would ensure impartiality and independence of the Commission and balancing this role with her other responsibilities.

During this hour-long examination, Baroness Stuart referenced a lack of data skills among the Senior Civil Service - something highlighted in last Summer's Declaration on Government Reform - and said: "If we reward the Senior Civil Service for its generalist skills, they will acquire generalist skills. If we have a system where promotion depends on moving up grades, and that’s the only way you can do it, then that is the system; and if we want that to change we should not blame the civil service. It’s the markers and the conditions which we set."

Baroness Stuart served as a Labour Member of Parliament from 1997 until 2017. During her twenty years in Parliament, she worked as a government minister in 1999-2001, sat on the Security and Intelligence Committee and chaired Vote Leave in 2016.

From 2017, Baroness Stuart has contributed to public life with non-partisan roles. This includes roles at the Royal Mint, Birmingham City University and as the lead Non Executive Board Member at the Cabinet Office. Baroness Stuart now sits as a Crossbench Peer where she operates independently, outside of a party-political framework.

Following the recommendations of the last review of the Civil Service Commission, the criteria for appointment emphasised the need to act independently of the Civil Service and for a broad range of experiences from outside of Civil Service roles. Candidates were also required to demonstrate how they would uphold the Seven Principles of Public Life.

Ian Watmore stepped down as First Civil Service Commissioner on 30 September 2021 as his five-year, non-renewable term ended. In the interim, the Prime Minister had authorised Rosie Glazebrook to carry out the functions of First Commissioner from 1 October 2021 until the vacancy was filled.