The Government has signalled its intent to learn from earlier crises, with a grand ‘Declaration on Government Reform’, co-signed by cabinet ministers and permanent secretaries.

The declaration builds on Cabinet Office Minister Michael Gove's Ditchley speech on government reform last year, as well as a follow-up reformist programme for the NHS outlined by former Secretary of State for Health and Social Care Matt Hancock. 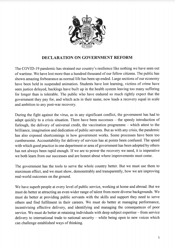 The Declaration on Government Reform had input from ministers and permanent secretaries across government and highlighted key areas in which the Civil Service must improve in light of the pandemic.

It highlights the need to build expertise in data, and technology across government, and to facilitating access to a broader range of talent and experience from outside the Civil Service. In future all senior appointments will be open to public competition by default. This is a significant change. 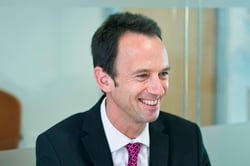 "We have started on this journey already with new investment and new leadership in digital technology, the launch of a new curriculum and skills offer, and all the major departments relocating roles across the UK," said Civil Service Chief Operating Officer Alex Chisholm. "With enhanced skills, better use of data, and a relentless focus on the end user, we can transform public services."

Structured around three areas of focus - People, Performance and Partnership - the declaration of intent sees a critical enabling role for technology to drive public sector performance:

"Digital platforms and services are altering the relationship between the state and the citizen, and data when used well is telling us so much more about what works and what does not. All departments will have access to interoperable data and IT services."

The declaration goes on to commit the Government to putting data at the heart of its decision-making, learning explicitly from the approach it has taken in responding to Covid-19:

We will set a presumption in favour of openness and a requirement to share data across departments, so that policies are informed by the best data analysis from across government. We will create data inventories to ensure we know what data exists, where it is stored, and how it can be accessed. We will make data visualisation a common tool to ensure Ministers and officials understand in real time the latest evidence underpinning decisions.

Commitments to act on the above intentions this year include establishing the Central Digital and Data Office with a mandate and the expertise to drive digital and data innovation, including extending the use of data visualisation tools; and ensuring all data is as open as possible to public and third parties.

The People and Partnership sections of the declaration commit the Government to put in place a diversity and inclusion strategy to broaden the profile of Senior Civil Service appointments; introduce performance-related pay for top officials; make it easier to get rid of underperforming staff; bring in private sector executives on secondments to a revived committee structure that will seek to leverage 'all the talents'.