The Government has launched the next phase in the building of a digital map of underground pipes and cables today, as the country moves a step closer to revolutionising construction and development in the UK.

The National Underground Asset Register (NUAR), is now entering the Build Phase of the project. Cabinet Office Minister, Lord True CBE, and Mayor of Tees Valley, Ben Houchen, visited industry representatives and asset owners in Darlington for the launch to discuss the current challenges that NUAR will help address.

Once operational, NUAR is expected to deliver around £350 million per year in benefits by avoiding accidental asset strikes, improving the efficiency of works and better data sharing.

The digital map will be built in partnership between industry and government over the next three years, starting in the North East of England, Wales and London. The platform will enable critical and local services, such as gas, water, electricity and telecommunications, to be efficiently maintained and delivered to homes and businesses via the web of cables, pipes and ducts currently beneath our streets. 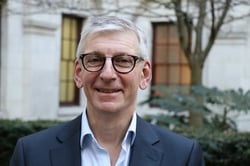 "Unlocking value from geospatial data is the heart of the UK’s Geospatial Strategy. Our National Underground Asset Register will be a momentous step towards providing the UK with a shared national data asset of significant value," said Nigel Clifford, Deputy Chair of the Geospatial Commission. "I am proud of the collaboration with industry that we have so far established as part of our preparatory work and look forward to it continuing."

The Geospatial Commission will be working with the Welsh government, Tees Valley Combined Authority and Greater London Authority to deliver this programme.

Over four million holes are dug in the UK each year, many in the wrong place. The economic cost of accidental utility damage is around £2.4 billion each year. Unforeseen ground conditions are a major obstacle to all construction and housing projects, especially on previously developed land. The new digital map of underground pipes and cables will help improve efficiencies in construction and development, reduce disruption and improve workers’ safety.

As the UK government continues to work with local partners in the North East of England on a number of projects, it further demonstrates the integral role the region is playing in using the expertise available in all corners of the UK and building on the nation’s levelling up agenda. 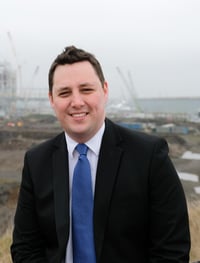 "I am absolutely delighted that this innovative new map of what lies beneath our feet is being launched and rolled out in Teesside," said Ben Houchen, Mayor of Tees Valley. "This new service will mean less mistakes are made when digging holes and less disruption to local people."

The economic cost of accidental strikes on underground pipes and cables is estimated to be £2.4 billion per year and one cause is inaccurate information on the location of buried assets. Once operational, NUAR is expected to deliver around £350 million per year in benefits by avoiding accidental asset strikes, improving the efficiency of works and better data sharing.

Following a competitive procurement round, the Geospatial Commission appointed Atkins to deliver the Build Phase of NUAR. This phase consists of building a production minimal viable product for the North East of England, Wales and London, then enhancing and rolling it out to the remaining regions in England and to Northern Ireland.