Why a civic pizza battle is good for democracy

The official state and city accounts spent National Pizza Day throwing shade over who has the best pizza style, showing the human side of government that’s all too often lacking.

Of course National Pizza Day is a real thing, and the official state and city accounts of New York, New Jersey and Chicago were taking it very seriously this week.

You can check out some of the highlights below, but there is an interesting point at the heart of this - that public administrations do have the right to show personality, rather being seen as faceless administrative entities. They’re made up of real people with pride in the places they serve. Showing that side should encourage citizens to engage with government agencies with more confidence.

A Slice of the Action: Highlights of the Twitter pizza throwdown

It started with Chicago’s claim, tagging in the official account of New Jersey for good measure… 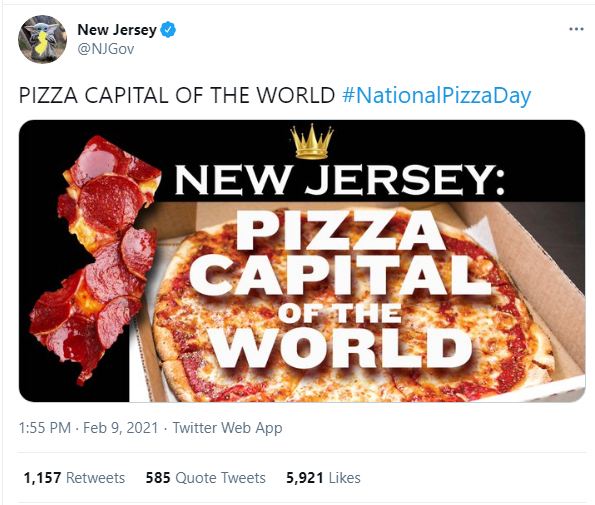 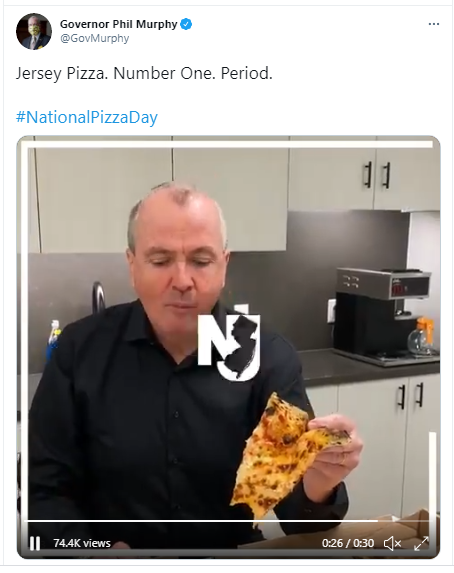 The New York City account entered the fray and pulled no punches: 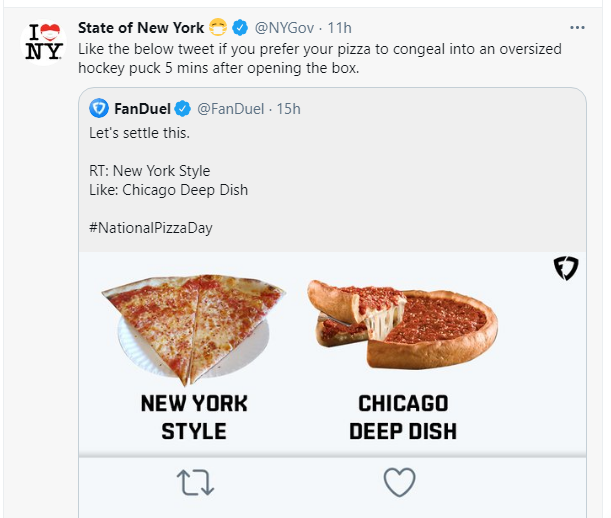 And so on, well into the evening. If you don’t want to miss out, check out the full battle via #nationalpizzaday

Tim is the Community Director at Government Transformation magazine, maintaining engagement with our public sector audience through learning and networking activities, and hosting the weekly GovX Show.