Work has started to connect tens of thousands of people living and working in rural Cumbria to lightning-fast broadband thanks to more than £100 million of government investment.

Around 60,000 premises in the county will be connected to the fastest broadband on the market after Belfast-based supplier Fibrus signed the biggest contract yet under the government’s Project Gigabit programme.

Project Gigabit is the biggest broadband roll out in British history, backed with £5 billion to deliver faster connections to hard-to-reach areas that would otherwise have missed out.

Installation work is already underway in the region, with the first gigabit connections expected by the spring. 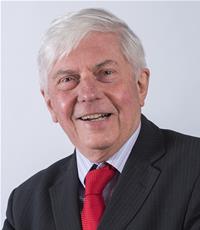 "The importance of resilient connectivity has been further highlighted by last winter’s storms and the coronavirus pandemic," said David Southward, Cumbria County Council Cabinet Member for Economy and Digital Champion. "This £108m investment will help people and businesses access faster internet which will in turn allow them to flourish in a modern, global job market and unlock the economic potential of the region."

In a boost for jobs and skills for Cumbria, Fibrus has committed to creating at least 90 apprenticeships following the government investment. These will cover a range of roles, from underground and overhead cabling to surveying, and Fibrus has also committed to establish an apprentice training academy at Newton Rigg near Penrith.

It comes as the government brings broadband delivered via satellite for the first time to the Lake District, which will see a mountain rescue base in Wasdale Head connected to faster, more reliable connections than currently available due to its highly remote location. The project is part of a wider trial announced today to test the reliability of satellite technology to bring high-speed connections to the most hard-to-reach parts of the UK.

In a further broadband boost for rural areas in Cumbria and the rest of the UK, the government will triple the value of vouchers available under the Gigabit Broadband Voucher Scheme.

From early next year, eligible homes and businesses will be able to apply for up to £4,500 to cover the costs of a gigabit-capable connection, up from £1,500 for homes and £3,500 for businesses previously, which will enable broadband providers to reach further into rural areas where the build costs are higher.

While the vast majority of rural premises in Cumbria are now in line for a gigabit broadband upgrade, the boost to vouchers is designed to help suppliers reach more premises outside the scope of the Project Gigabit contract or suppliers’ commercial build plans.

The government confirmed that some of the UK’s most remote locations will be connected to improved broadband via satellite and other technologies.

Trials have commenced at Wasdale Head in the Western Lake District, which hosts thousands of visitors each year alongside farming and conservation efforts in a protected landscape. Residents, businesses and rescue teams all struggle with unreliable connectivity in this part of Cumbria.

A feasibility study bringing together input from the National Trust, Lake District National Park, Wasdale Mountain Rescue, Connecting Cumbria and other local stakeholders is reviewing a range of technology solutions. The first step will involve the provision of a low earth orbit satellite test network, to test integration with mountain rescue radio and positioning services.

The Cumbrian satellite trial is using Starlink equipment from Space-X due to the immediate availability of equipment and capacity.

These trials will test the technology in very hard to reach locations, alongside the feasibility study assessing the costs and timing of delivery of other solutions.