Last week, the Government announced its much anticipated Levelling Up white paper by which English regions will be eligible for ‘London-style’ devolution agreements over the next decade. Through this agenda, the Government intends to end inequality between areas in the country and boost living standards.

Whereas some have criticised the white paper’s ambiguities and lack of funding to support its longer-term objectives, others have welcomed the opportunities that the plans could bring to local authorities.

Two council chief executives shared with Government Transformation what the Levelling Up white paper will mean for their cities, while a former local authority CIO speaks about what it will need to succeed.

One of the first cities that will benefit from the Levelling Up plans is Wolverhampton. Together with Sheffield, the municipality will go through a “King’s Cross-style” regeneration project (in reference to the redevelopment of the area in central London over the past two decades), which the Government says will transform “derelict urban sites into beautiful communities.”

Tim Johnson, Chief Executive at City of Wolverhampton Council, has welcomed the Levelling Up plans as they match his council’s long-standing mission to transform Wolverhampton by applying a holistic “whole-place, whole-system approach”.

“Levelling up is about how you understand all of the different dimensions that add up to addressing the challenges of a place or unlocking the opportunities of a place,” Johnson said. “It's not about physical property development or delivering new housing in isolation: it's about creating places that work.

Since last year, Wolverhampton is also home to the second headquarters of the Department for Levelling Up, Housing and Communities (DLUHC), the first UK government department to have a headquarters based outside of London as part of an ongoing process of ‘de-Whitehalling’ the Civil Service.

The Government is saying this isn't about a sort of top-down imposition of what they think Levelling Up will mean.

Johnson has been holding conversations with the Government over the past few weeks and says he is “excited” about the offer to engage in a way that the Government has not done in the past. Instead of imposing a top-down solution, Johnson believes that the Government, through the Levelling Up agenda, is applying a bottom-up understanding of cities.

“I think, by their own admission, [the Government] would recognise that the different bits of government that sit across those different dimensions, often are quite isolated from each other because they sit in different governmental departments,” Johnson said. “What we're really excited about is that the Government is saying this isn't about a sort of top-down imposition of what they think Levelling Up will mean. This is about taking our really carefully considered understanding about how we unlock the potential of our place and addressing its challenges and unlocking its opportunities.”

Although a co-ordinated approach to regional development, where different government agencies share an understanding of a city or municipality, would seem “blindingly obvious” to have, Johnson says that this has not always been present. Instead, it was not uncommon to see disjointed approaches where the central government would invest in places through a “myriad of unrelated little grant schemes and various different strategies and policies” lacking connection between each other.

This “power-partnership mechanism”, as Johnson calls it, will allow local authorities to use their budgets more effectively by leveraging the local understanding of each city, its particularities and its market conditions.

“The 12 missions are what they are, it's quite right for the Government to set the high-level policy ambitions and objectives, that’s great.” continued Johnson. “But what will make this different is that it is a co-produced understanding about how we do it and how we utilise all of our respective influences and resources. That's the magical bit.”

Further north in Wigan, the city’s Chief Executive also thinks that the Levelling Up White Paper aligns with the council’s long-held aims of addressing entrenched inequalities within its communities.

“In Wigan we are a proactive and forward-thinking council with a long-term strategy for the borough which sets out our ambitions to create a fairer and thriving place,” says Alison McKenzie-Folan, Chief Executive at Wigan Council. 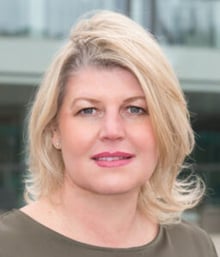 “Through our community wealth-building approach, the council and its partners are using all the levers at our disposal to try to make that vision a reality and foster a more inclusive local economy.

“While we are doing all we can, it’s clear we need increased and long-term investment from the Government in areas like ours in the North of England, as well as further devolution of powers, to drive sustained growth in areas such as jobs and skills, and to address health and education inequalities.”

To see results from the 12 ‘national missions’ proposed in the White Paper, McKenzie-Folan says that, alongside the increased oversight that the Government is proposing, investment in the council’s work will be needed. Analysts at the local authority will also need to understand fully the data tools used by the Government to evaluate progress and how investment decisions and performance frameworks are derived from them.

McKenzie-Folan celebrates the recognition in the White Paper of Greater Manchester’s devolution success, since Wigan is part of it, and sets a model for others to follow. Although the plans address the deepening and simplification of devolved deals, they would not require Wigan Council to change how it works, she adds.

“In regards to funding, the promise of reducing the proliferation of funding pots, streamlining bidding and greater alignment of capital and revenue, if delivered, will all be beneficial to how we operate as a council,” McKenzie-Folan concludes. “We will remain agile and prepared to make the most of any opportunities the agenda brings to councils like ours.”

The White Paper has also received a lukewarm reception from other executives. A leader in the South East told Government Transformation that the plans lack new substance and are unlikely to change local authorities’ operations.

“I genuinely can’t see it making any difference to us, unless it radically changes before it becomes legislation,” they said.

The challenge for local government is how they position themselves, ideally as the engine for whole systems transformation

To ensure that Levelling Up delivers successfully, agencies across central and local government will need a much deeper collaboration than seen until now, says former CIO of Essex County Council and Government Transformation's GM for Government, David Wilde.

“The integrated care systems' [ICSs] move across health and social is an early indicator of how this is going to be driven by central government where they have the levers. The challenge for local government is how they position themselves, ideally as the engine for whole systems transformation around Leading Places, rediscovering what local government was always about,” Wilde said.

Leading Places was a two-year pilot programme run in collaboration between local institutions, including universities, the NHS and local councils, that sought to address some of the challenges facing local communities.

In practice, this transformation within public services will mean the establishment of collaborative technology, information and intelligence to support and enable the move to citizen-centred service design and delivery. “What GDS has been talking about for years”, adds Wilde.

“It will also need better decision-making through improved evidence (analytics) and prediction modelling and the re-imagining of places as intelligent and designed to meet new expectations about where we live, work, learn and enjoy our leisure time, while also tackling climate change,” Wilde continues.

“CIOs need to be working with all the other parts of public service to unlock the potential of technology in these arenas. It is way beyond ensuring the corporate computing environment is working well.”

(Photo by Benjamin Elliott on Unsplash.)