Becoming an Executive Agency will give BDUK more operational autonomy to focus on Project Gigabit as well as the Shared Rural Network, the £1 billion deal agreed with mobile network operators to end patchy rural mobile coverage and ensure 95% of UK geography has a 4G signal by the end of 2025.

While BDUK will remain legally within DCMS and retain a close relationship with DCMS policy officials, a key benefit of making BDUK an Executive Agency will be a robust new governance structure. Its new management board will incorporate a non-executive chair, executive members and non-executive members, thereby providing an extra layer of expert scrutiny and technical oversight. 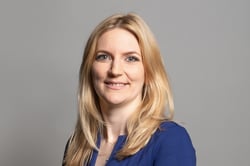 "We are moving fast and national gigabit-speed broadband coverage has jumped from six per cent to sixty per cent in just two years," said Digital Infrastructure Minister Julia Lopez. "As part of the biggest broadband build in British history we are now giving BDUK greater freedom and flexibility to ramp up rollout and expand its operations to create new jobs, boost economic growth and level up communities in need."

Currently 63 per cent of UK homes and businesses have access to ultrafast gigabit broadband, up from just 6 per cent at the start of 2019.

While DCMS ministers will retain overall control and responsibility for BDUK and broadband rollout, the new agency will have a new corporate governance structure, including a new board.

Administration costs for the new Executive Agency have been minimised by identifying where shared services can be delivered within DCMS, in accordance with the government’s Shared Services Strategy, delivering more streamlined services that maximise value for money.

The move will make sure it is set up in the most effective way to expand its operations for the fast delivery of broadband rollout. It will also bring the agency closer to the communities it is benefitting, with BDUK setting up a head office in central Manchester which will boost the city’s credentials as a fast-growing digital tech hub.

The government has made a commitment for at least 85 per cent of the UK to have access to a gigabit-capable broadband connection by 2025.

The government has already identified up to 2.5 million hard-to-reach homes and businesses in scope of Project Gigabit across England, Wales, Scotland and Northern Ireland and is in the process of identifying more. With the work to deliver these connections set to kick off next year, the intention is for BDUK to become an Executive Agency in April 2022.