Metro Mayor Steve Rotheram has announced the biggest ever investment in tackling racial inequality in the Liverpool City Region. A £3.2 million Race Equality Hub will target employment inequalities and remove barriers in the labour market.

The Hub, one of the first of its kind in the country, will focus on training, employment support and business assistance for people from Black, Asian, and Minority Ethnic backgrounds.

Creation of the Hub is a key part of the Combined Authority’s Race Equality Programme, which was established by the Metro Mayor in the wake of last year’s Black Lives Matter protests.

The programme aims to tackle systemic racial injustice and inequality in the City Region.

It is estimated that addressing race inequalities could add around £300m to the Liverpool City Region economy each year. 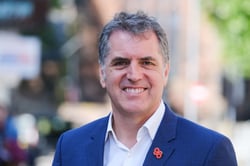 "In the Liverpool City Region, we’re trying to lead the way. Through the Race Equality Programme we launched last year, we are taking practical, active and positive action to level the playing field and overcome bigotry and discrimination," said Mayor Rotheram. "I want to work with the communities most affected by racial inequality to create a Race Equality Hub designed around their needs and priorities. With their support, I want to see this hub lead on removing barriers to success and become a beacon of good practice for the rest of the country to follow."

Work to establish the Hub will start this Autumn and take two forms. One, led by the Combined Authority, will include action to increase participation in existing programmes where people from Black, Asian and ethnic minority backgrounds are underrepresented and to raise awareness of race equality issues across the city region.

That will include rolling out a programme of race equality training to the 22,000 people employed by the Combined Authority and the six Local Authorities.

At the same time, a full business case will be created for the Hub. The Combined Authority will set up an external development board as it looks for partners to co-develop and co-design the initiative.

It is anticipated the Race Equality Hub will deliver business support, job readiness schemes, leadership development and mentoring programmes, as well as race equality training for businesses and organisations.

Extensive stakeholder engagement has already taken place to understand the specific issues in the Liverpool City Region, including speaking with nearly 350 people, including Black, Asian and Minority Ethnic-led organisations and citizens across all ages.