Data is crucial to enabling public sector organisations to make better, more informed and fairer decisions at a faster pace. What is the role of leaders in the journey of transforming legacy data to real insights that improve citizen services?

Executives from the Intellectual Property Office (IPO), NHS England and NHS Improvement, and the Scottish Government shared their views during a Government Data Show session sponsored by public sector technology provider Made Tech. Here are some key themes from the panel.

Leadership challenges and the benefits of working collaboratively

Data literacy has always been a challenge for NHS organisations and is an area where Ayub Bhayat, Director of Insight and Data Platform at NHS England and NHS Improvement, and his colleagues are focused. Their aim is to make senior executives across the NHS more data-driven and have the right skills to understand the information that is presented to them to produce the best possible outcomes. 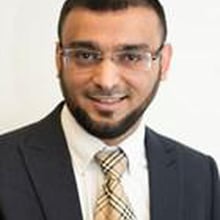 “It's a continuous challenge,” admitted Bhayat. “We should increase our investment in this space and we continue to do so. We have significant commitment from the National Exec to do this and I think that's what we're driving towards.”

The success of the NHS app has shown that there is a great opportunity for digital. Bhayat said that people now want more from the NHS, which presents a leadership challenge as it requires more bandwidth to create and open up a product that can be integrated into other government services.

“How do we start to draw health and care back into government as well and make sure that the join-up between technology interfaces drives people to the right area and communicates at the right level?” asked Bhayat. “I think that is a leadership challenge and as we keep working closer together across government, that will create more opportunities.”

Becoming a fully data-driven organisation is also a goal for the IPO, where the senior leadership agree that data is critical for everything they do. However, Lien Bailey, Chief Data Officer at IPO, said that there is still misunderstanding in this area because much of it is still “shrouded in mystery”.

“I think a lot of people don't know what CDOs do anyway, it's not always clear,” said Bailey, adding that the focus should be on the storytelling and explaining the consequences of having good data versus bad or siloed data.

Before joining the IPO as Chief Data Officer, Bailey spent a year setting the data strategy for NHS Test and Trace, the programme created to stop the spread of Covid-19 in England during the early stages of the pandemic. There she witnessed first-hand the great potential of data when organisations work collaboratively.

“A lot of very clever people came in and actually looked at how we can join data across different datasets,” Bailey recalled. “We are talking DHSC [Department of Health and Social Care], Test and Trace, NHS, PHE [Public Health England], all together, working collaboratively to come up with that model.”

Data leaders need to be strong advocates who can help organisations understand the value of data while investing in developing a data culture, said Albert King, Chief Data Officer at the Scottish Government. In the case of the Scottish Government, this is happening through the development of a data transformation framework that illustrates what good data looks like. 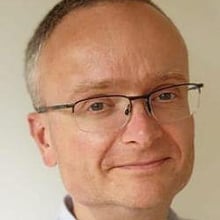 “Sometimes that's about the technology, sometimes about the standards that make data more interoperable so it can move around more easily, but it's also sometimes about culture, governance, ethics,” King said. “Across those different dimensions, what actionable steps do organisations need to take to develop their maturity so that their data can move to where it needs to be more easily, with lower friction and more timely fashion?”

To change the mindset that perceives data as a risk, it is necessary that leaders showcase the positive outcomes of data and economic growth, added King: “seeing data as an asset that requires continued investment is fundamental, enabled by those different dimensions of our data transformation framework”.

Fear of risk is indeed the shortcoming preventing public sector leaders and organisations maximising their use of data, according to Jim Stamp, Head of Data at Made Tech: “everyone in this domain feels the fear of that risk, the impact of leaking the wrong data to the wrong place”.

This fear often turns into hesitancy to be the first department or leader to start sharing data, causing a paralysis across many government services. “I think that fear of that risk is really difficult to get over, it goes back to being brave,” Stamp told the Government Data Show panel. 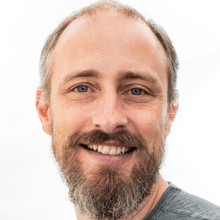 To overcome this fear, he suggested data leaders give their teams ownership of their data as a product that can be used by people from inside and outside their organisation. Thinking of data as a product to be consumed can enable data sharing between organisations, and this can be facilitated by technologies such as APIs or data sharing processes.

“There are many, many ways we can do it, but I think it is just taking that first chance,” Stamp added.

How to get talent into public sector organisations

At the IPO, Bailey and her colleagues are exploring new ways in which the department can unlock the vast amount of legacy data that it has. But like most organisations, they are also struggling to find the right skills that can make this happen.

“I think we're all in the same boat,” said Bailey. “Certain skills, especially data skills, have been really quite hard to recruit. As government, we also suffer from the fact that we're probably not going to be compensating or remunerating as much as the private sector.”

Bailey’s aim is to create a “really high performing team” by building a pipeline of young talent within the IPO. The downside of this approach is that it takes longer to generate a senior leadership, something that the IPO wants to bridge by promoting their reputation of being “a great place to work” and establishing clear career progression paths.

Data will play an essential role in the post-pandemic recovery of the NHS. As one of the best healthcare systems in the world, the NHS has bleeding edge technology in terms of data curation, data management, and data applications and development - all of which makes the NHS an exciting place to work for anyone interested in this field. The challenge, said Bhayat, is starting to align the different existing profiles with data.

“We're trying to create new networks,” Bhayat said during the GDS. “The NHS employs thousands of analysts and thousands of data professionals. How do we start to create and curate the whole profession in the right way? The NHS is not just one organisation, it’s a multitude of organisations within itself. How do we get everybody excited about it?”

Similarly to Bailey, King and his team at the Scottish Government are also invested in growing their talent pool by enhancing the value proposition of working for a sector that can make a positive contribution to society.

“Let’s be honest, we're probably not going to compete on salary with the private sector, but [we focus] on the point about impact and the opportunity of working in government, whether you're in health or education, to really make a difference,” King said.

“Our experience is that when we speak to people who are acquiring data skills, they want to come and work in an organisation where they can see a positive impact and they can associate what they're doing with improving lives and social good, as well as doing interesting things with data.”

The Government Data Show session ‘From legacy to insight: The leaders' role in unlocking the potential of data’ was sponsored by Made Tech. You can watch the full replay here.