US Census Bureau to deliver first ever digital census

The 2020 Census is the  US Census Bureau’s first digital Census. The agency is connecting data from 35 operations and 52 systems, ranging from cloud-based applications and data warehousing to field-deployed end-point devices. By bringing data from these systems together, Census executives will be able to investigate, monitor, analyse and act on data in-real time, allowing them to field the most cost-effective and dynamic Census ever. 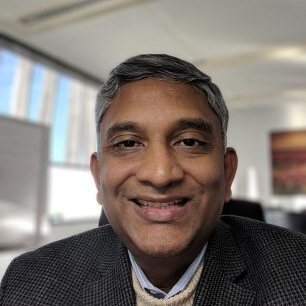 Achieving an accurate count is central to the Census’ mission to serve as the nation's leading provider of quality data about its people and economy. However, constant changes in technology and consumer preference, historically low participation, an increase of non-traditional housing arrangements and growing scepticism in government are all creating new challenges that impact those goals.

“Addressing the numerous challenges to an accurate count while also fielding the first-ever digital census required us to take a whole new approach to our IT, security and data operations,” said Atri Kalluri, a senior advocate in the Decennial Census Response Security and Data Integrity Department. “We knew we needed to capitalise on the value of our data for success.”

US Census Bureau is turning data into doing by creating the most convenient respondent experience and highest-quality count ever on record. Ultimately, this helps the Census solve tough questions at mission speed.

Mandated by the United States Constitution, the Decennial Census, conducts a count of the nation’s population once every 10 years. This data is then aggregated, analysed and distributed by the Census Bureau to inform major policy decisions for the next decade.

Legislation and policies that benefit include the distribution of more than US$675 billion (£490 billion) in federal funding to state governments, the apportionment of representation among states, the drawing of congressional, state legislative and school districts and more.

The agency is using Splunk Cloud to make its first digital census the most secure, efficient and user-friendly in history.

“With Splunk, the Census Bureau can bring data to everything, helping to ensure the Bureau’s goals of delivering timely, relevant, quality and cost-effective data to the public,” said Frank Dimina, VP of Public Sector for Splunk. “Splunk has enabled the Bureau to address security challenges, improve their efficiency and reliability of IT infrastructure, and introduce new applications, which have provided compounding value to this year’s decennial census operations while also mitigating risk.”