The RAF has appointed its first Chief Digital and Information Officer to lead the modernisation of the force’s digital capabilities.

Dr Arif Mustafa, a seasoned CIO with over three decades of experience in IT, will lead the data, information, cybersecurity and digital technologies functions across the air force. He took his post at the beginning of February. 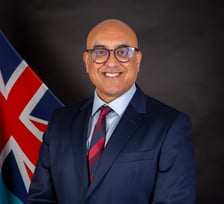 Before joining the RAF, Mustafa had a 10-year spell at BP, where his last role was IT Director of Corporate Functions. He has also worked for Shell and held the job of Group CIO at Ma’aden, a mining and metals company based in Saudi Arabia. Mustafa has a PhD from Leiden University on on the implementation of technological innovation in large organisations.

Charles Forte, CIO at the Ministry of Defence, said that the creation of the role represents a significant milestone towards a more innovative Defence forces.

“[Mustafa’s appointment is an] important step to support modernisation and the competitive exploitation of game-changing digital technology and information opportunities that work at a greater level of cohesion and integration across Defence, the national security cadre, industry and allies,” Forte wrote.

Since its creation in 1918 as the world’s first independent air force, the RAF has been a pioneer in the use of technology, particularly in the development of the radar, the bouncing bomb and the jet engine. More recently, RAF has worked with NHSX to test the Covid-19 test and trace app through its innovation hub, RAF eXperimental (RAFX).

The air force is using RAFX in Leeming, North Yorkshire, as a testbed for new technologies and processes. RAF Leeming is also home to 90 Signals Unit, the largest communications unit in the RAF.

Speaking on his appointment, Mustafa said that he is confident of the RAF's digital expectations future success.

"It’s an honour to be selected as the first RAF CDIO at a time of ever-increasing importance of technology in support of the UK’s Air Defence,” Mustafa said in a statement. “I am delighted to join the RAF at this pivotal momentum in its evolution.

“Finally, I look forward to getting out to meet those personnel of all grades and ranks who produce, utilise and rely on digital services to do their jobs. Digital services are crucial part of the future RAF and we should not limit our ambition current technology or by legacy structures."