One Month On: Reflections on the Declaration on Government Reform

The Government faces a growing delivery backlog - from healthcare, to education to the courts - and its response, in the form of last month's Declaration on Government Reform, featured an unexpected and very welcome focus on the role of data in driving performance.

According to the new Secretary of State for Health and Social Care, Sajid Javid, the NHS waiting list has risen from 3.5 million to 5.3 million operations, and could go as high as 13 million.

Meanwhile the Department for Education expects disruption to A Level and GCSE exams to continue for another two years, and HM Courts & Tribunals Service has revealed that the backlog of court cases awaiting trial has swollen by almost 50% over the course of the pandemic to around 57,000 cases. 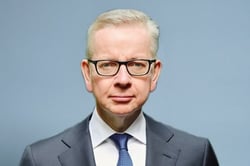 "Crises compel governments and leaders to act imaginatively, mobilise effectively because they are being against a remorseless arithmetic of mortality and loss. Crises also reveal which arms of the state are effective; and which buckle under pressure," said Michael Gove, Minister for Cabinet Office, referring to the Declaration on Government Reform.

"The disease both exposed and exacerbated existing health inequalities. It revealed, once again, how confused lines of accountability and the wrong incentives impede effective delivery, especially when policies cross over from being the responsibility of an individual department to other parts of the public sector," he continued.

The problems over PPE procurement, test availability, the clarity of data required for decision-making, the structure of Public Health England, the Cabinet Office’s own coordinating functions - are well documented. What's new is the central role of data in 'doing more with less' envisioned in the Government's reform agenda.

Data is mentioned 18 times in the 10-page declaration - a clear sign that the Government appreciates that good data available to analyse will help the Civil Service make better decisions (if only there was a conference on this).

"Government data, effectively used, becomes a liberator of individuals. It enables us to arrive at conclusions drawn from evidence about what works to improve peoples’ lives. It lets us compare interventions between areas," said Gove. "The prize of greater knowledge of what works, sharper accountability to the citizen and more control for communities is so enormously valuable that government cannot afford but to grasp it."

Staring down the barrels of future government austerity, data is acknowledged as an untapped source of wealth - a springboard for squeezing more productivity from existing government spending. Talk of setting up a data inventory of what data exists and where it is held is a critical step - as is the establishment of the Central Digital and Data Office (CDDO).

Public service delivery has tended to segment the citizen’s interaction with Government into departmental silos. Whether it’s with the Department for Transport and the DVLA for driving licences or the Department for Work and Pensions for Universal Credit, HMRC for tax returns or the Home Office for passports - the citizen has to navigate a disaggregated landscape of individual departmental silos. And Government departments themselves tend to sort individuals into groups of stakeholders, categories of recipients or clients, or clusters of need. 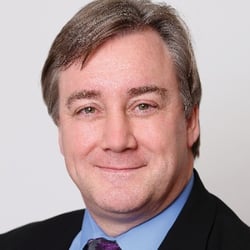 "While I agree with the need for interoperability, there remains an issue with the big technology vendors," said David Wilde, General Manager for Government at GovX Digital, in response to the Declaration. "Government needs to do a better job when it comes to holding the market to account on developing and delivering a truly interoperable systems. There's still a lot of proprietary behaviour out there, and a lot of difficulty on getting systems to talk to each other."

The need to look beyond the outdated model of individual departmental baronies was at the heart of the reforms introduced by Lord Francis Maude, who introduced a programme of change whereby those functions that were shared across individual government departments should be provided in a way that reduced complexity and cost.

This now looks set to extend to measuring and benchmarking public sector performance that a centrally-directed data policy with explicit endorsement not just from Ministers, but also by Permanent Secretaries. Maybe this time it really is different.