The National Data Repository (NDR) has been repurposed to help find the best locations for renewable energy production and support the country’s energy transition.

NDR is a vast repository of the UK’s natural resources data publicly and freely available online since 2019.

It was originally set up by the Oil and Gas Authority, since then renamed to the North Sea Transition Authority (NSTA), to help the oil and gas industry with exploration and drilling, where companies could access more than 60 years of seismic data from the North Sea.

The platform was relaunched in August 2021 as a cloud-based system able to offer wider access and increased high-quality reporting and reuse of data.

However, data initially collected in the NDR for gas and oil drilling can now also be used in the renewable sector to help find suitable locations for wind farms or carbon storage. 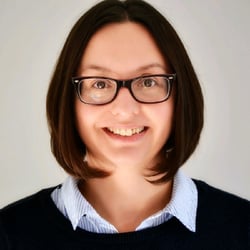 “The NDR is a collection of publicly available and accessible subsurface and other data that anyone can access through a state of the art digital platform that we put in place a year ago,” explained Nic Granger, Director of Corporate at NSTA.

“It’s a really important platform that gives us a kind of a step change on how we can visualise the potential of the UK continental shelf that will help us to transform the UK offshore energy industry.”

One year after its relaunch, the NSTA has announced that it is using NDR to attract new users and unlock innovation, including locating potential sites for offshore wind farms and, in doing so, help the UK with its decarbonisation and net zero emissions targets.

NSTA recently had a consortium headed by seismic processing specialist company Rockwave to repurpose the data in the NDR and optimise its resolution to look at the data from a point of view different to the legacy view of data collected years ago through oil and gas operations.

This, in turn, has supported successful licence applications in recent offshore wind rounds.

Crown Estate Scotland opened bidding on its ScotWind programme to lease areas around Scotland for wind farm developments in January 2021. Wind farm developers evaluate possible wind farm sites by assessing data in the open. However, it is unusual for them to review oil and gas seismic data as it is considered to lack the required resolution within the shallow subsurface.

Rockwave used the data in the NDR to optimise the resolution within the top 100m of the shallow subsurface with the view that this would provide a valuable starting point for Offshore Wind ground models where no relevant data currently existed. (Original oil and gas analysis of the data would discarded information about the shallow subsurface to focus on deep exploration targets.)

This additional data helped the bidding consortium have a better understanding for bidding applications.

“This is a perfect example of the power of data,” Granger said. “The data collected and made available through the NSTA Digital Energy Platform means organisations can look at it in light of new needs and use it in new ways. We have developed our technology to greatly enhance functionality, and support innovation.

“I am pleased that this is the case here and, I am convinced that as we continue to add more data and greater functionality to the NDR, innovation in support of the energy transition will happen time and time again.”

A 230 terabyte resource for the green transition

When NDR was relaunched a year ago, it had 15 terabytes of data online and was accessed regularly by users within the oil and gas industry from more than 100 companies. Today, the platform has 230 terabytes of data and more than 4,000 users in over 250 organisations have downloaded nearly 100TB data in the past 12 months.

NSTA says that the platform is being constantly updated with new information with over 7,000 well data files and documents released this year and over 100 terabytes of seismic data being uploaded recently.

Professor John Underhill, Interdisciplinary Director for Energy Transition at the University of Aberdeen and Executive Director of the UK’s Centre for Doctoral Training GeoNetZero, said that in addition to playing a key role in the UK’s energy transition, NDR is also a rich and extremely valuable source of scientific information able to inform high-quality research studies.

“Access to high fidelity seismic, well log, pressure and core data acquired in the pursuit of oil and gas has enabled a new understanding of the sedimentary basins on the UK’s continental shelf,” he said.

“The subsurface characterisation that has been enabled by the NDR is crucial in determining the best use of offshore areas for carbon storage, hydrogen production, wind energy and geothermal as the UK seeks to decarbonise to meet its net zero emissions targets. As such, the NDR is playing a pivotal role in extending the life of the North Sea in the energy transition.”

Granger added: “We are seeing that the data that’s in the system is being used for completely new topics that weren't even around when the data was originally created.”