New Government Fraud Squad to use data to save £180m

Government Efficiency Minister Jacob Rees-Mogg has launched a new Public Sector Fraud Authority – setting it a first-year target of £180 million of identified fraud benefits. The Domestic And Economic Efficiency And Value For Money Committee has challenged the new organisation to work with departments to agree longer-term targets by December.

The move reinforces wider investment in government to crack down on fraud and mis-claiming, including £210 million for HMRC to further tackle fraud, and £510 million for DWP to target welfare fraud in 2021.

The Public Sector Fraud Authority will be comprised of counter fraud and data experts, using best-in-class tools and advanced analytics to help departments and public bodies protect public money. It will be supported by a cross sector Advisory Panel that will provide expert advice and help shape the strategic approach to public sector fraud prevention and reduction. The Advisory Panel will have a Chair, who will be announced in September.

Backed by £25 million of new funding, the organisation will modernise the government’s counter fraud response, working with departments and public bodies to test their fraud defences, using leading practice and modern techniques, and then to help them put stronger safeguards in place. It will do this by: 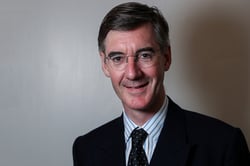 "As criminals develop more sophisticated tools, we too must adapt and modernise. So we’re attracting the brightest minds and equipping them with tools to detect, prevent and deter those who seek to steal money intended to fund vital public services," said Minister for Government Efficiency, Jacob Rees-Mogg.

The Public Sector Fraud Authority will launch with a target of working with departments and public bodies to detect and prevent £180 million of fraud. This will be delivered in part by supporting BEIS and bank lenders with advanced data analytics expertise and tools to find fraud and recover fraud linked to the Bounce Back Loan scheme.

Ahead of a permanently appointed head of the Authority, the organisation will be led by Mark Cheeseman OBE, an internationally recognised expert in public sector fraud, who led the creation of the government’s Counter Fraud Profession and the set up of the International Public Sector Fraud Forum - a collaboration between Australia, Canada, New Zealand, the United States and the UK to share, agree and publish leading practice on fraud management in the public sector. 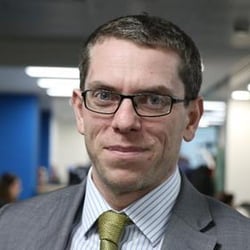 "The creation of the Public Sector Fraud Authority represents a landmark in our fight against public sector fraud. We know that fraudsters are committed, capable and evolving adversaries. To respond to this, we must raise our ambition and challenge ourselves to increase our impact on this often unseen and underestimated crime," said Mark Cheeseman OBE, Interim Public Sector Fraud Authority CEO. "The PSFA will support public servants across government and public bodies to take that step - to innovate and to modernise our approach to fraud."

The launch builds on the recent success of the National Fraud Initiative, a service run by counter fraud experts in the Cabinet Office that uses technology and data matching to find and prevent fraud. Between 2020 and 2022, the service was used to detect and prevent more than £200m of public sector pension fraud.