How should government departments operationalise their data - what does good look like - and is it good enough?

These were some of the questions raised in one of the panel discussions at last week's Government Data Summit, featuring perspectives from across the Civil Service.

Fiona James, Chief Data Officer and Director of Data Growth and Operations, Office for National Statistics, Siân Thomas, Chief Data Officer at Department for International Trade, and Nic Granger, Director of Corporate and Chief Financial Officer at North Sea Transition Authority, were on hand to share their perspectives on building a more collaborative data sharing culture across government, while also addressing the skills requirements in their own organisations. 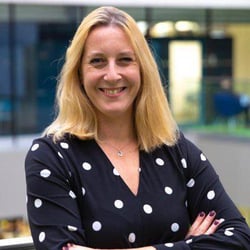 "Collaboration is at the heart of making data interoperable, but the environment in which we operate tends to be risk averse," noted ONS' James. "The more we can join up and access data at source, so that we don’t need to transfer data between organisations, that should unlock a lot of potential to bridge the gap between risk and need."

James shared that ONS was putting together an integrated data platform which would reference data in a standardised way, thereby making it quicker to link together data.

"We want to talk to departments and see what the ambition is for this across government," she revealed. 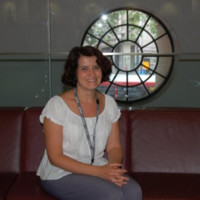 "There’s a lot of reliance we need to make on CDDO," admitted DIT's Thomas. "Unless you know what data exists in other departments, collaboration is impossible."

DIT has among the least legacy of any major department, and doesn't itself collect any data - depending on open source resources and a variety of data sharing agreements. Information access and governance remains a challenge, however.

"One of the hardest things is data sharing, which can still be very burdensome. If in 18 months we can solve some of these problems then that will be huge progress," she continued. "We need to be ambitious in our use of data, but we also need to break down silos that are inhibiting us." 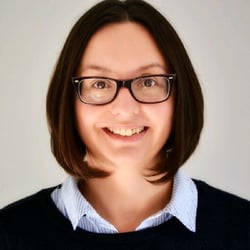 "I think sometimes in government we could be less competitive with each other," says NSTA's (formerly the Oil and Gas Authority) Granger. "We all want net zero, but sometimes we jostle a bit about who takes the lead. Ultimately, it doesn’t matter who’s the lead, you just need to get it done."

Granger went on to agree that the centre "has a huge role to ensure we have the data and skills that we we need."

The panel voiced that access to the right skills was a pressing issue - and judging from the staff shortages across the profession, the Civil Service wasn't quite where it needed to be.

There's a need to up-skill people who don’t see themselves as data experts, and this is something that some agencies are better able to deliver at pace because they are smaller.