How to build trust in Government data sharing and access?

The overwhelming majority of central government departments are committed to transparency, and have policies in place to support Open Government, according to a new survey - though more needs to be done to move to an informed consent model for handling citizen data.

These findings came out of a survey of 155 central government data executives during one of today's sessions of the Government Data Show.

The session - Earning and Sustaining Trust in Public Sector Data Sharing and Access - found that 63% of respondents' organisations publish information to support transparency, 48% of departments have public statements on data use, and 41% have what they describe as 'active engagement' with stakeholders. Only 19% of attendees stated that they use an informed consent model for interaction. 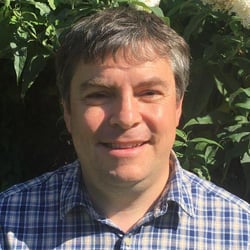 According to Glyn Jones, Chief Digital Officer at the Welsh Government, and one of the speakers in the panel session, the reason behind the low figure on informed consent models could be that the UK public sector relies more heavily on public task rather than informed consent: “But that means it's even more important to have that social contract in place to be clear on what we do and use data for.”

In Wales, Jones and his colleagues have adopted a transparency and user-centric approach to data so citizens are fully aware of what public services are doing with their data. “It’s a two-way conversation between the public and us, because if we're not going to ask them for consent every time we use their data, we need to be pretty clear on how we use data and when”, added Jones.

Transparency at the core

Transparency of how the public sector uses data is also paramount to John Seabourn, Chief Digital Officer at the Oil & Gas Authority. 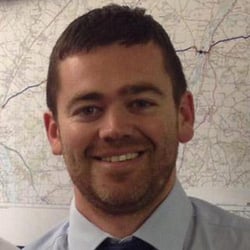 “For me is a general kind of openness of what we do as an organisation: being very clear in our strategies, being clear in what we're trying to deliver and who's benefiting from that,” said Seabourn, who feels that misunderstanding exists on what the oil and gas industry provides to the UK. “Some of the people that I work with are probably some of the most environmentally conscious people that I've met. It’s about being able to transition away in a sensible way, protecting jobs and the economy.”

As the technical authority for onshore oil and gas, Seabourn’s organisation monitored fracking activity and informed the central government and the Department for Business, Energy and Industrial Strategy (BEIS) about it.

“At the end of that we made all of that data publicly available for the very reason to build understanding of what was going on, what we were doing, and what we were monitoring,” Seabourn said.

“There was no secrecy: this is the information, these were the data decisions that were made because we had good data capture and good processes to inform the public of the outcomes of those things.”

Sharing lessons from Finland, Maria Rautavirta, Director of Data Business Unit at the country’s Ministry of Transport and Communications, said that her government has a very active collaboration with communities on data. It also works on projects around privacy tackling some of the issues that tech companies are not dealing with. 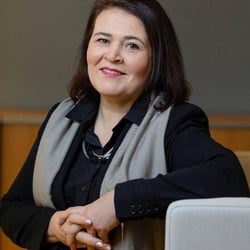 “All kinds of root-level activities are flourishing in Finland, and also collaborative projects and a sandbox where we can test, iterate and find solutions,” said Rautavirta. “It’s also about democratising the way we provide policies. It’s a two-way road. Maybe the most important resource in Finland that we have been able to manage so fast is building networks and a knowledge base on all of our topical issues.”

Emma Gordon, Director at ADR UK, added that underpinning the social contract between her organisation and the public is the notion that all the research that they facilitate must be based on the public good. 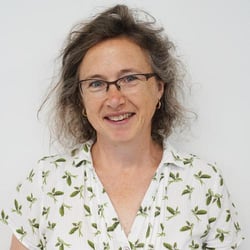 “During Covid, it was very, very easy to make that case to data owners - that the data that we wanted to open up was all in the public good,” Gordon said. “That provided a springboard which I hope we don't come down on moving forward.”

To define what “public good” means, ADR UK is undertaking a whole suite of public dialogues around the country with the Office for Statistics Regulation on people’s understanding of the notion of public good.

Gordon added: “It's also about making sure that we encourage the researchers that we fund to publish blogs on their research output so it's not all buried away in academic papers and there are easily accessible research summaries that anyone can understand and access.”