Alison Pritchard, Deputy National Statistician and Director General for Data Capability at the Office for National Statistics (ONS), and Shahar Bracha, CEO at Israel’s Government ICT Authority, explained to Government Transformation magazine’s GM for Government, David Wilde, how they are overcoming the challenges of sharing data during a session at the ongoing Government Data Show.

From 'open data' to 'data by demand'

In 2009, the Israeli government passed a resolution that made it compulsory for ministries to publish their datasets and make them available to the public. However, Bracha said this initiative did not go far enough and, in 2016, it was modified to become an ‘open by default’ approach, by which government departments would need to make public all their data unless it violated personal privacy or national security. 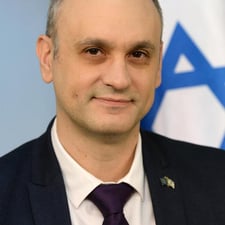 Despite the leadership’s support for sharing data this way, in practice IT departments across ministries struggled to automate procedures. “Change is always difficult in government, especially when it comes to the change of work procedures that have been done for many years,” Bracha said.

Bracha’s colleagues created an “information backbone” similar to Estonia’s X-Road (an open-source software ecosystem that allows data exchange between organisations securely) where all data was centralised on the Data.gov.il website.

“But then we understood that open-by-default approach sometimes is problematic because ministries don't focus on what they need to really publish, they just select the data sets that are easier for them to publish and not what the public really need,” Bracha added.

Bracha’s department began to work with other public sector organisations, the third sector and private sector to understand better what data they need. This led to a change in approach so data could be published “by demand” or “by purpose”.

“Once we have an ecosystem of purpose, we deliver more and more information,” he continued, adding that data cleanliness and a standard approach for the main data points are equally important.

Speaking from a UK perspective, Pritchard said that the ONS is also fully committed to open data and making datasets available to the public - but challenges remain.

“I've seen us progress but I still see the friction,” Pritchard shared with the audience. “The first thing to say is that we use the words ‘data sharing’ but, in reality, the use cases in relation to data sharing are quite important and they differ in relation to how far we progress.”

During her tenure as Director of Transformational Change at Defra, Pritchard saw how advanced the department is at making data available for public consumption, including data on rivers’ fluctuations: “all of that is open data which I consumed,” she added.

However, Pritchard said that now her work is focused on the use case of data sharing for the creation of good policy based on knowledge and insight. By enabling government departments to share their data with each other, policymakers can better inform their decisions. But that presents different challenges, including risk-based operating structures within the federated government model that prevent the incentivisation of data sharing.

To tackle this barrier, the ONS is encouraging the notion of clear purpose for data sharing, something that built momentum during the Covid-19 health emergency.

“The pandemic really generated that moment where the management of risk was clearly overtaken by the benefits in sharing that data,” Pritchard said.

Now that there is a public health data asset available which combines data such as mortality information and vaccination levels, the ONS can combine that with Census data to assess the impact of the pandemic on different population groups and consequently, inform policy.

“So the moment you have a really clear purpose, you're able to generate progress around data sharing,” Pritchard concluded.

The Government Data Show continues until 24 March. To join in the conversations, register here.