Government signals acceleration of plans to develop a single sign-on for government services. A speech by Julia Lopez, Parliamentary Undersecretary for the Cabinet Office, renewed the Government's manifesto commitment to make better use of data - and comes in the wake of an acknowledgement by ministers that data-handling within and across government has handicapped the government's response to the pandemic.

Demand for government services has dramatically increased as a result of the health, economic and social impact of Covid-19, and the response to that heightened demand has accelerated the digitalisation of government delivery as citizens have looked for information and support. The GOV.UK has received 35 million visits a week during key stages of the crisis. 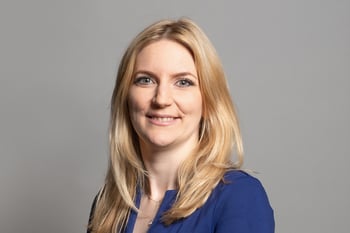 The speech signalled that the existing GOV.UK Verify digital identity assurance service would be replaced by a system currently being piloted with a budget of £32 million.

The viability of the existing service, in development for the past decade, had been put into question when major government departments HMRC and DWP had opted to develop their own identity assurance platforms.

While GDS will coordinate the development of the new identity service, there is significant emphasis on the new service being 'co-designed' with other Whitehall departments.

"Our vision is that people have ‘One Login For Government’ that is simple and safe to use, and available to everyone; which makes it easier for people to find and access government services; allows citizens to prove their identity only once - if they agree to share their data between services and departments; and which also protects people’s privacy," Lopez explained.

Lopez went on to point to the National Data Strategy, the Data Standards Authority, the draft ‘UK Trust Framework’ for digital identities and attributes, the GOV.UK Account as evidence of progress.