The Youth Justice Board (YJB) and the Association of Police and Crime Commissioners (APCC) have agreed to share information on the ethnicity of children in contact with the youth justice system.

Sharing the YJB’s ‘summary disproportionality tool’ will allow police and crime commissioners (PCCs) to analyse the cohort of children in their areas and spot if there are any disparities.

"I really welcome this new data sharing agreement with the APCC and the exciting possibilities it brings for further partnership working. I believe it will prove to be a huge stride towards improving the life chances for children and preventing them from being drawn into the criminal justice system," said Keith Fraser, YJB Chair. "With access to the summary tool, PCCs will now be better able to interrogate the evidence and reveal whether children from ethnic minorities are over-represented in their area. And if the evidence points that way, then there is huge potential for PCCs to forge new alliances with local community-based groups and help to build trust, as they seek to explain ‘why it is happening’ and ‘what can be done about it’."

This will serve to increase their understanding of any local issues or concerns and encourage them to collaborate with the relevant agencies in order to address any disparity. For example, this intelligence could be used to target funding for local initiatives that have a track record of addressing disproportionality. It could also feed into the work of local Crime Reduction Boards as well as the development of local/regional disproportionality action plans. 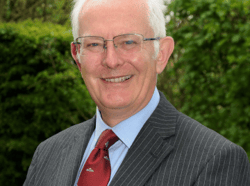 "Ensuring that all children are treated fairly by the criminal justice system must without question be a priority for all agencies who work in this area," said Norfolk Police & Crime Commissioner Giles Orpen-Smellie on using the tool. "My team has been able to use the disproportionality tool and data to produce a report on ethnic disproportionality in the youth justice system in Norfolk and shared this report with our local youth offending team (YOT).In turn, the YOT have used this data to make a series of recommendations for the future, including upskilling staff in identifying and eliminating bias, the establishment of a multi-agency group responsible for developing a local joint disparity protocol and continuing to collect and analyse data to understand where disparity is occurring."

This data sharing agreement is partly in response to the Young Review and its audit of Police and Crime Plans. Back in 2017 it was noted many Police and Crime Plans made no explicit reference to race equality and improving outcomes for ethnic minorities, though the audit did identify examples of where PCCs were driving progress on equality.

Four years later, following the YJB/APCC data sharing agreement and with many new PCCs elected, there is work underway to ensure they are all aware of the tool and are using it. 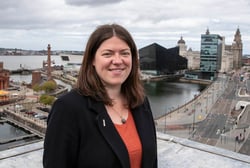 "Understanding disparities in the criminal justice system is crucial if we are to ensure we have fair and efficient processes and to help restore confidence and faith in the system. Historically this has been hard to do due to inconsistent recording across all the agencies," explained Emily Spurrell, Merseyside’s PCC. "The Youth Justice Board’s disproportionality tool is a helpful and effective way to review the data specifically in relation to young people who become involved in our criminal justice system. It will enable us to identify potential issues and ensure we can take action if there are any concerns that young people from specific communities are over-represented."

In April, representatives from PCC areas attended a training session on the summary tool. The tool was also part of the induction for new PCC’s at a ‘Meet the Partners Event’ in July and it will be discussed at the next APCC General Meeting, in October. 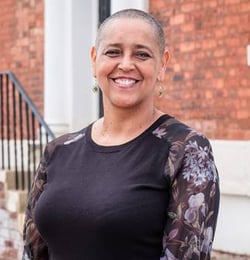 "Following the Lammy Review underlining the importance of data in tackling race disparity in the criminal justice system, I encourage all PCCs and Deputy Mayors to access the data available in the YJB’s Summary Disproportionality Tool.The wealth of data that the Tool contains will greatly help to inform our thinking as we develop our Police and Crime Plans, hold forces to account, and identify what we can do locally to address race disparity in the youth justice system, and ensure fewer children become involved in crime.