“When it comes to policy development your starting point needs to be evidence and data. You need to be able to see what the data is telling you. Yet we still have this position where government departments and ministries and agencies all guard their own data jealously.” 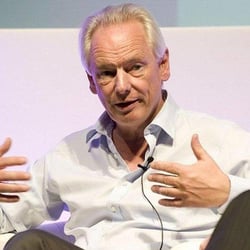 Lord Francis Maude was speaking during the opening keynote session at the Government Transformation Show, a twice-annual gathering of over 1000 attendees from across the UK public sector.

The former Cabinet Office Minister oversaw the creation of the Government Digital Service, and who managed the Efficiency and Reform Unit to cut over £50 billion of government waste.

More recently he was asked by the current Government to produce a review of cross-cutting functions and spend controls, which helped shape this Summer's Declaration on Government Reform.

"The Civil Service needs to build in interoperability deeply into the texture and the warp and weft of the way it operates. We need to be able to move data from one bit of government to another seamlessly," he noted. "And of course it's hard, but government doesn't work unless you're willing to take on some difficult things like the desire of organisations to carry on doing things the same way. One of the benefits of doing this correctly, is an ultimately you should just have one shared service centre, with one set of standards and definitions running right across the piece."

In addition to supporting evidenced based policy making, data interoperability and openness in general, helps improve the quality of the data.

Lord Maude cites the fact that there are multiple parallel databases of businesses across government, as well as 17 different databases for listing countries in the world - which despite being relatively finite, was counted in different ways.

"If we're serious about 'Government-as-a-Platform' then the fundamental first step needs to be to create a single canonical data registry which is accurate," he continues. "All too often I've experienced senior civil servants tapping into this very rich vein of creativity of how why data couldn't be released, and the last gasp was always 'the quality of the data isn't good enough, we need time to clean it up'. GDPR has provided a kind of 'all-purpose' alibi to allow different parts of government to shelter their data from scrutiny. My response is to publish it and you'll find that the data quality gets better quite quickly. The quality of data is essential which is why it needs to be open so that it can be crowd sourced and checked for accuracy and not guarded by one department."

"We have some of the very best civil servants in the world and brilliant also, but institutionally the Civil Service hasn't locked in that kind of rigorous focus on data and evidence and analysis. Harder, more rigorous analysis is what you need to see in a modern civil service."